Public Enemy have made a career out of urging others to ‘Fight The Power’, but now, it seems as though the group’s hype man, Flavor Flav, is fighting with MC Chuck D over a series of unpaid royalties.

As The Wrap reports, Flavor Flav is currently in the process of suing Chuck D, claiming that he is owed an unspecified amount in terms of both money and property rights.

“This action involves the usurpation of money and property rights from Plaintiff William J. Drayton, known as ‘Flavor Flav’,” the lawsuit reads. “Drayton is recognised as one of the two key members of groundbreaking Hip Hop group Public Enemy. Public Enemy have been inducted into the Rock ‘n’ Roll Hall of Fame and have sold tens of millions of records.”

“Despite Drayton’s position in Public Enemy, the group’s management and related companies have for years attempted to minimise his role in the Public Enemy business, while continuing to rely upon Drayton’s fame and persona to market the brand.”

Flavor Flav alleges that he hasn’t received any royalties from the group in recent years for their music, live shows, or merchandise. Likewise, he also claims that merchandising deals for a number of items bearing his name and likeness, including action figures, watches, and bicycles, were all struck without his knowledge or consent. For this, Flav has a number of the group’s managers and producers in his sights, including The Bomb Squad’s Gary G-Wiz.

Flavor Flav also claims that the group’s fourteenth record, Nothing Is Quick In The Desert, features an unauthorised use of his voice and image. As Pitchfork reports, the record was released for free download in June, and despite Flav requesting $75,000 in payment, he only received a comparatively paltry $7,500.

Flav’s lawsuit claims that he and Chuck D, real name Carlton Ridenhour, had agreed that any profits that arise from the group’s name would be shared equally between them. However in recent years, payments from the group’s business management company Eastlink, have “diminished to almost nothing, and Drayton has been refused accountings, even on the items bearing his likeness,” allegedly at the behest of Chuck D.

At this stage, there’s been no word from Chuck D or his representatives, so we’ll have to wait and see how this one turns out. Whatever the case, it looks as though it’s a pretty sad situation given the lengthy partnership that the two have fostered over the years.

Check out Public Enemy’s ‘Bring The Noise, a cut from a less tumultuous time for the group, below. 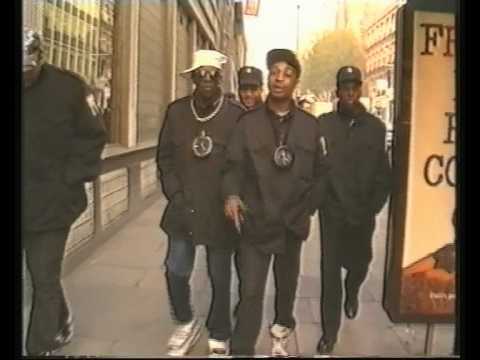