Offspring’s Smash and Green Day’s Dookie both came out and sold over 10 million copies each.

Bad Religion released Stranger Than Fiction, NOFX put out Punk In Drublic, while Rancid’s Let’s Go and Sunny Day Real Estate’s Diary were both landmark releases for the genre.

Most importantly though, at least for pockets of kids in scattered neighbourhoods around the world, was the release of the first Punk-O-Rama compilation that November. I think I came into the series at number three, which came out in ’98, cost $10, and featured songs with alluring titles such as ‘We Threw Gasoline on the Fire and Now We Have Stumps for Arms and No Eyebrows’, ‘Rats In The Hallway’ and ‘World’s On Heroin’.

These cut-price compilations were ostensibly a promotional tool to spread the music of the bands signed to the Epitaph label, but in actuality they opened up an entire scene to those who were in, say, Maitland, NSW – which is where I happened to be when I discovered this alternative catalogue of music.

It was like a Almost Famous moment: the realisation that people as awkward, small, and weird as me could just buy some cut price records and figure out the chords, find someone’s mum who had a garage and didn’t mind parking in the street, and make their own beautiful noise. As I scoured the scant write-ups of these bands and studied liner notes for common names and places, I made a mental map with strings connecting all these musicians and towns — like I was hunting a serial killer. I discovered they all played shows together, drove the same highways, and were tied together by this weird Epitaph label.

From there I expanded into other scenes, other genres, other labels, other types of independent music. It seemed like a community that I could conceivably join, but — more to the point — it seemed like something I could help build in my own corner of the world. It seemed achievable. It didn’t seem to have anything to do with going well at high school, or money, or ties and offices.

The Punk-O-Rama compilations helped teach me that you didn’t need to wait for gatekeepers to allow you to create your own noise. You don’t need to ask permission. Things didn’t need to be neat or clean or in time. These CDs taught me that things can sound good by sounding very bad. They taught to listen through the noise, to hear the melodies in the chaos. They taught me that love was real, and pain was real, and these things were connected. These bands sang songs about their dumb friends, with their dumb friends.

They taught me that I needed to stop dreaming and scheming, and start doing. Once I learned that, nobody could stop me from doing… and doing whatever the fuck I wanted. Even if — especially if — it was messy and noisy and quite out of time. 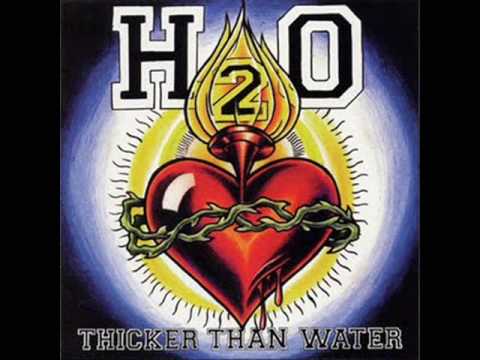