Bigsound 2020 is taking shape. TIO gets the inside look at how this year's conference and showcase event will look in the coronavirus era. 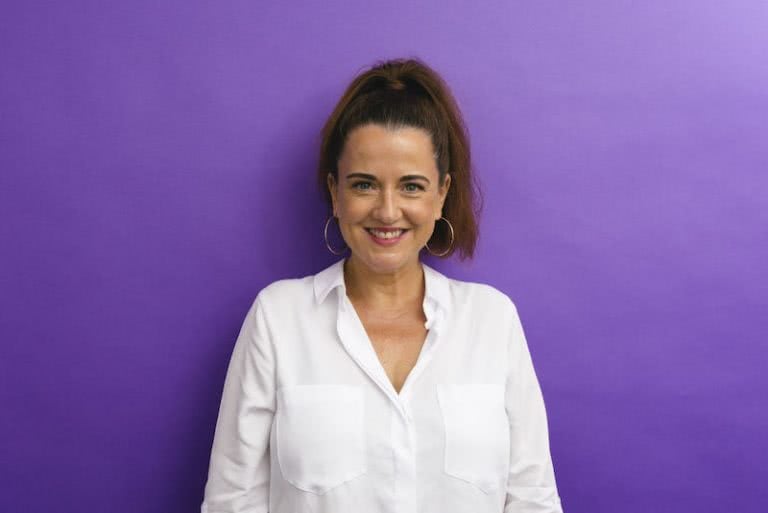 Bigsound is back, coronavirus be damned.

Organisers of the annual music conference and showcase spectacular last week confirmed the news few of us were expecting, that Bigsound would go ahead in 2020, obeying all the rules of the time we now live in.

Originally set for September 1st through 4th, this year’s event will be condensed to a two-day, two-night event from October 21 in Brisbane’s Fortitude Valley, and continue with the Bigsound bedrock of conferences, workshops, facilitated conversations, live festival showcases, secret shows and official parties.

There are some new faces on board, as Janne Scott, previously head of the Bigsound Visual Arts Program and long-time Splendour In The Grass Senior Creative Manager, slots in as Bigsound Creative Director.

Also stepping up are Bigsound Festival Co-Programmers are Dominic Miller and Ruby-Jean McCabe, who are tasked with identifying and booking the showcasing artists, whose fees are waved this year.

It’s a tricky time for a mass-gathering. Melbourne, the epicenter of the independent music community, has just entered a second lockdown. And there are growing concerns about recent cluster outbreaks in Sydney. All the action will follow COVIDSafe procedure, insist producers QMusic.

The music community has already taken a beating in 2020. Bigsound belongs to the industry, explains Angela Samut, CEO of QMusic. And with that comes responsibility.

The Industry Observer caught up with Samut for a chat about Bigsound and the shape of things to come.

The announcement that Bigsound was going ahead came as a bit of a surprise. Many of us expected it would be scrapped.

Since mid-March, (the conversation) has been ‘what are we going to do?’ I’ve always been working from, what end game do you want to be at?

Working with the health department, which we are a lot, and with our state government and federal government, it’s all about meeting the needs of the industry. Bigsound is, at a strategic level, it’s a networking event and an export event. That’s our point of difference. We feel it’s our responsibility to forge ahead.

In saying that the actual numbers we can have at the moment are a lot less than we usually can have.

It’ll be a real challenge for your team. It would have been so much easier to cancel.

If you’re in the music game, I don’t think anything is too easy. We’re not an industry where we take the easy road.

We’ve been really heavy from a Queensland point of view in lobbying our government for supporting the live music industry. It’s part of that national conversation as well, about promoting and supporting live music, getting out there again in a COVIDsafe way.

I would hope that we have engagement with government and bring them into the conversation. Whether we’re lucky enough to get a federal minister, those policy/politician conversations will be important. Because, as we’ve seen, this industry needs government support. And a lot of it.

We need more research done on the economic impact our industry has. It’s significant. We’ve seen stats from LPA and APRA. The country needs us, but not just for the joy that music will bring.

The event is pushed back by about six weeks. Will that help?

I wouldn’t have been able to handle the stress of doing it in September. It’s too close. From day dot, when we first went into lockdown, I’ve had that close engagement and talking with health experts.

It’s always been about, September would be pushing it. Coming out of winter. That was always the health consideration.

Then, it’s been a matter of talking to a lot of industry (about) what would be a good time. And talking with other conferences happening in NSW and Victoria and other states and making sure we weren’t clashing.

That’s why we chose that date. All of it has been health driven. We’ll definitely be rolling our sleeves up. It’s not like we’re coming into and we’ve just made the decision.

We were ready to announce on the same day the Victorian premier announced a second lockdown, and we thought that was way too insensitive. The feedback that we’re receiving is exactly what we thought. It’s great, it’s the coming together of industry.

BIGTECH is not happening at Bigsound this year.

No. I came into this role last year having spent a lot of years in that stream and tech space. When you look at how income is made at the moment, especially in lockdown when the live music economy has been decimated, it’s all been on technology and streaming.

Technology and our First Nations program will be all in one this year, over those two days.

I already have people working on BIGTECH for next year. That will be an important part of Bigsound.

It’s about looking at different ways our industry can work, and from a futurist point of view, what opportunities are out there, how artists can make money. The conversations will definitely be around the live music sector.

Ultimately, it’s about bringing people together.

But not too close together.

(Laughs). No. We will have a 1.5 metre (social distancing rule). Whether that will be on stage or just in the venues, we’re mapping all of that out.

It might be that someone is on the stage talking with someone on the screen. That’s the new way. We’ll also have workshops. Ideally, I’d love to have some of the bigger policy discussions.

We hope the borders will be open. We’re expecting the best but planning for the worst.

So what will Bigsound look and sound like this year?

I’d love to talk about things around [content] quotas, again. There’ll be a big conversation around what we’re doing socially and how we are looking at the needs of our indigenous and First Nations music community.

We’ve got to look at how we reemerge from this. And how we rebuild but rebuild better than before.

Conversations are front and centre this year, and then we’ve got the showcasing acts. This year we don’t have entry fees. As far as numbers go, we’ll be working out how many shows we can have.

It’s just a numbers game for us, with the physical part of Bigsound. The virtual element will also be there. We’re having all the platforms reach out to say, ‘what can we do to help?’

We would anticipate that a lot of the conversation is around that we’ll still be within the restrictions of Covid for another year. People can speculate when international borders will open. We just don’t know at the moment.

We always record chats at Bigsound. It’s a natural next step that we would stream all of that. Covid or not, that would be the next step.

The Zoo, a longtime Bigsound venue, is one of the first rooms in Australia to test COVIDSafe shows. Has your team learned anything from those gigs?

The first thing we noticed from the Zoo and also the Triffid with their “Cabin Fever” shows is, tickets sell out in five seconds. Demand is so high. Those live music venues are carrying our entire industry.

We need those venues to remain in business, because there’s where artists earn their stripes, get their money and develop and audience.

[Zoo owner] Pixie Weyand has been taking it cautiously, with health being No. 1. It’s not easy for them. It’s not like they’ll be sitting back expecting profits anytime soon. They’re just hoping to break even, I would assume that’s the same for venues across Australia.

[Editor’s note: Brisbane-based QMusic has started a live venue subcommittee which speaks on behalf of every venue in Queensland].

Have you locked in any speakers yet?

Not yet, there’s a lot happening. We’ll hope to announce things soon. There’ll be less artists performing but gosh, the ones preforming there’ll be more of a focus on them. We won’t have 147 this year.

What should delegates or bands expect to get out of this year’s summit?

Last year, we had 18 or 19 venues for showcasing artists. This year, we’ll have 13 venues, maybe 14. which is still pretty big.

For delegates, it’ll be the same level of what they’d expect from Bigsound, but it’ll obviously be more compact in the two days. It’ll be keynotes, the panels, workshops. They should still expect excellence because that’s what the team will deliver.

Next year, hopefully we’ll have a vaccine. Hopefully the University of Queensland can claim it, we’ll be pretty much getting back into the swing of things.

Will people want to party hard this year? I don’t know.