Record labels: Major, indie or somewhere in between? This is a question every manager will need to answer with their artists: Should they sign to a major, stay indie, or do something in between?

In the last few years, a plethora of self-serve distribution options have gained mainstream popularity as an alternate option to the major label system, but are they able to bring global ubiquity to an artist?

It may be too early to tell. Many of the artists with songs at the top of the charts did their deals before being independent was a viable option for global success… But would most of them still take the big advance check and security of having a major label today? Only time will tell.

There are only a few great independent case studies, especially when it comes to having multiple hit records.

Even when star artists deals are up for renewal, most managers and their representatives are not interested in building global infrastructure to service copyrights – They have enough on their plate looking after their artist(s) without being fully responsible for servicing their music.

Check out ‘My Time’ by Major Label: 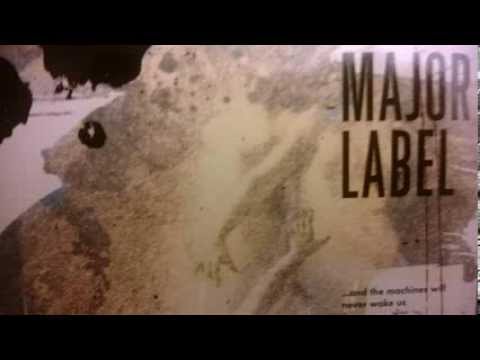 However, most acts are not superstars with their own multi-million person fanbase. So what should a young buzzing artist with all options available to them do?

If major labels are pursuing, you have to ask if you’re ready.

The acts who succeed in the major label system make records that are relevant and competitive with those at the top of the charts. They simultaneously are capable of building their social audience up there with the best of them. If you’re not this artist yet, then the label probably won’t do that much for you.

While you can develop at a major label, it may not be the best option to do so. In fact, it can be detrimental to sign to a label too early.

The major labels will be willing to offer you enough money so you do not have to worry about finances for awhile, however, streaming is now significant enough that if majors are pursuing you intensely, you’re likely going to make enough through streaming anyway.

I do believe majors have an advantage at streaming services as a result of their large rosters which include most of the biggest acts in the world… But not by much.

Furthermore, once signed, you will no longer control the conversation with streaming platforms the way you can when you are independent. If you’re the label’s top priority, this can be great. However, if there are multiple bigger artists being released the same week as you, your release may be overshadowed or not promoted properly.

The people working at the major labels often switch jobs. They leave to work at another position inside the label, another label altogether or another job in music.

I’ve represented artists where our A&R, CMO, and President were all gone before the artist was out of their deal… And I’m far from the only one. So if you’re signing in order to work with key executives, it may make sense to find out how many years they have left on their contract.

That may give you a semblance of security, but for the right opportunity, sometimes even those contracts are broken. It’s critical to meet and feel good about the entire organization, not just your primary communication touchpoint.

The one stronghold major labels still have is radio, especially at the pop format.

Sure, there is the occasional success story like Lauv or Major Lazer, but they are few and far between. The good thing is radio has become almost mirror-like in its support of what is already working everywhere else.

Check out ‘Lean On’ by Major Lazer: 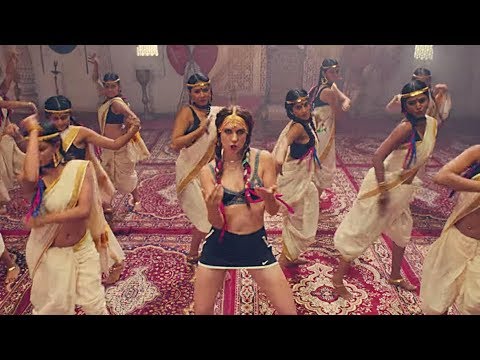 Radio often plays the biggest songs in the world, which are largely determined by the playlists on streaming services and artist success on YouTube. I believe these platforms are more democratic in their promotion (regardless of whether an act is signed or who they are signed to).

So unless you think you have a major hit record and more to follow… Is it worth it to be on a major label?

Well, there are at least a couple other potential advantages.

1/ If the A&R signing you can become a valuable team member (think family) promoting you to valuable partners across the industry and in some cases help you make the best records of your career. In today’s data driven / DIY-artist industry, many young A&R’s are less experienced with the actual record making process…

However, they can be valuable in creating collaborations or introducing you to a top producer. All it takes is “one” great song to launch a career. So if you believe the A&R and company are committed to making that happen, signing to a major label can be worth it.

2/ With their large staff, major labels will likely land on a few opportunities you and your team may not have had access to or thought about pitching on your own (sync, brand activations, performances). They also have an extensive and diverse array of experiences and case studies to pull from.

This information is usually very valuable, however, as a manager, it’s important to make sure the campaigns don’t become cookie cutter.

It’s worth mentioning there is NOTHING major labels have which cannot be obtained independently. It’s the way all their different departments work together cohesively to create a global service offering is what continues to ensure their artists remain at the top.

It’s worth mentioning many of the top artists signed to major labels are inherently so big they are capable of driving enough fans to their music to propel their songs to the charts without much support. In other words, it’s impossible to know how much its the artist or the major label creating the success, but that doesn’t change the fact 90% of the Top 40 records are still affiliated with major labels today.

If you’re concerned about the red tape of the major label, such as not being able to make your own release schedule or creative marketing decisions or are afraid the label doesn’t completely understand you, then it’s probably best to stay indie.

If you have a potential sounding hit, it can be faster to do it with a major. If the song is already becoming a hit, you will have a lot of leverage when you do a deal. You can craft a license deal instead of selling the master. You can also structure a joint venture instead of a royalty structure, and even do deals territory by territory (it can sometimes be more lucrative, but also can be challenging to manage).

But if you do not have a record with infinite potential (who doesn’t think they do?) and you’re well funded (either from independent streaming, a marketing fund from an independent label or advance from a distribution company), it can make sense to release independently in one of its various forms. One caveat on the funding tip: never underestimate how expensive it can be to make music videos and tour the globe.

When it comes to deciding whether to go with a specific independent label,you can ask yourself if your career were to go as well as the most successful acts on that company’s roster, would you be happy? Also, ask yourself why not? The risk in these deals are usually less – The deals are shorter, can at times have a higher split, and or even allow the artist to retain ownership.

When it comes to independent distributors, you have to ask yourself what they will do for you beyond the high interest loan AKA the advance. Their business model requires they be in business with a lot of artists – more than it is usually possible to pitch and market fully.

Most labels and distribution partners will not be able to make many promises, but distribution companies specifically tend to have less financially invested, and therefore, less to lose in giving you a chance. However, you only have one career. You want to be with a partner that is committed, regardless of whether they are indie or major.

We are living in an era where all stakeholders are in a copyright arms race to build their catalogs and steal market share. Major and independent labels, as well as distributors, are all interested in signing artists. In some cases, as many as possible. The majority of artist deals wind up going badly with neither party happy… Simply because most artists don’t make it. The business model of these companies accepts this to be true as there can only be so many artists at the top. However, you only have one career.

In order to ensure yourself the best chance of success, do what feels comfortable to you. Don’t be afraid to give up some of your rights if you truly believe the company you are partnering with is going to be committed to ensuring your career reaches its full potential.