What were you doing this week in year 2000? Sure, we’d partied like it was 1999, then the big 2-000 rolled in with the stink of a Millennium Bug and Nu metal and a game-changing piece of software which bore the face of a funky-cat.

Chances are, you don’t remember the moment. Or you weren’t there. Andy Van Dorsselaer and singer Cheyne Coates won’t forget. Their pre-EDM act Madison Avenue was living it up in the penthouse that was a U.K. No. 1

On this week 20 years ago, Madison Avenue ruled the Official U.K. Singles Chart with the club classic “Don’t Call Me Baby,” a rare chart accomplishment for an Australian artist.

The house tune bolted to the summit of the national sales chart with an opening-week tally of 93,794, ousting the previous week’s No. 1, Britney Spears’ “Oops! I Did It Again” into second place.

Andy Van, Madison Avenue producer and Vicious Recordings co-founder, and singer Coates would return to the upper-tier of the survey with follow-up “Who the Hell Are You,” which peaked at No. 10 and led the ARIA Singles Chart.

Madison Avenue, “Who The Hell Are You” 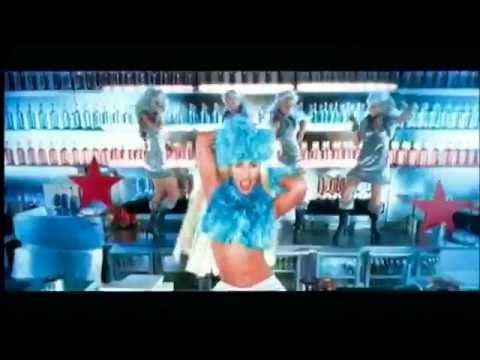 Madison Avenue took out Best Dance Artist award at the 2001 International Dance Awards in Miami, but their debut album The Polyester Embassy merely flirted with the Official U.K. Albums Chart, for a No. 74 peak. It remains their only full-length album, though “Don’t Call Me Baby” enjoyed fresh legs when, in early 2014, a remix ruled the ARIA Club Tracks Chart for more than a month.

The British charts in the early 2000s were typically loaded with dance tracks and club compilations and a handful of Australian, electronic-leaning outfits got amongst it.

In 2002, “Addicted to Bass” (as Puretone and Amiel Daemion) hit No. 2 and was unlucky to not go one better. It might have, were it not for a handful of U.K. retailers breaking the embargo and selling the record a week early (those sales combined with the official first week number would have been enough to secure top spot). Natalie Bassingthwaighte and the Rogue Traders went to No. 3 in 2006 with “Voodoo Child.”

None had a better time of it than Madison Avenue.