The sixth edition of EMC will feature a series of panels, workshops, talks and masterclasses, hosted at Redfern’s Giant Dwarf and Cake Wines Cellar Door this November.

Scroll down for full information on each session.

Opening the 2017 event will be Andrew Weatherall, who returns to Australia for an up-close and personal ‘In Conversation’ session, where he’ll delve into his life as a pioneer of electronic music since the ’80s.

EMC’s live element returns in 2017 with EMCPlay set to feature a series of showcases and parties dedicated to unearthing emerging talent. Applications for artists to showcase at EMCPlay open on Monday October 9 and close at midnight Sunday October 22. To apply, click here.

Tickets are on sale now at electronicmusicconference.com

Plus more to be announced

One of the most renowned electronic music artists of all time, Andrew has been a pioneer of electronic music since the 80s. An absolute lion of the industry, Weatherall has transcended not only industry change, but trends, genres and time over the past 30 years. In partnership with Picnic Events, EMC presents this up close and personal ‘In Conversation’ with one of electronic music’s global icons to open our 2017 conference.

Kicking Goals In Your Own Backyard

With an abundance of Australian artists killing it across numerous international markets, we gather some of the best and brightest managers to explore the highs and lows of developing an artist based in the relatively small, faraway market of Australia. The brains trust on this panel will explore the changing landscape of artist development locally. This includes radio versus streaming services support, effective alternatives to traditional marketing strategies, the importance of breaking your home country first and, with a growing dependence on corporate and brand alignment, what impact saying no has to opportunities on overall artist development.

With an influx of international festival brands coming into the Asia-Pacific region, we investigate concerns on sustainability with the high number of new entries into this market; the vast differences in major event compliance across the many markets in this region, the economic impact of income generated through these events leaving our shores to global owners and how these festivals benefit Asia-Pacific audiences, businesses and artists.

In the past two years we have seen more commitment toward addressing the harsh reality of sexual assault and harassment in our industry, venues and at festivals. There are a number of brave, intelligent and inspiring people who are driving change to ensure our industry and our experiences as music lovers are inclusive and safe. Some of the leading minds that have been driving this change feature on our very important panel discussion, taking a rigorous look at safe spaces in 2017 and beyond.

We focus on the cold hard facts of sexual assault and harassment in Australia; what programs are in place to combat this and which are yet to come; how the impact of these programs will be measured; our mutual understanding of what constitutes assault or anti-social behaviour today and the role that promoters, hosts and artists play in educating their audience in the way that only they can.

Those working in the electronic music sector are amongst the most vulnerable when it comes to managing good mental health. Late nights in environments where alcohol and substances are prevalent means many of our artists and team members are particularly susceptible to mental health challenges.

Managers and agents live in an environment of competitive individualism, where, sadly, our “competition” is most likely the people who will be able to empathise with our situation.
A group of artists and managers honestly share their insights and experiences dealing with mental health issues to tackle some very important topics including health management and coping mechanisms; how we support anyone on our team dealing with mental health concerns or issues and what we are doing as an industry to create and provide overall support for each other.

Fighting For The Right To Party; Activism In Electronic Music

Dance/electronic music has strong roots in activism that often go unacknowledged in the mainstream as compared to genres like punk and hip-hop. But is the electronic music scene as revolutionary as it one was?

With electronic music on the whole achieving mainstream acceptability, are there now less ‘activists’ in the scene? If electronic music plays a role in the right for equality, what role is that and how impactful is it today? Does the involvement of corporate stakeholders in electronic music contradict its historic role in social change? Hell, is electronic music still an agent for change at all?

No Refunds; Is The Ticketing Industry In Crisis?

With our entire industry so heavily reliant on touring and performance income to ensure sustainability for artists, the majority of promoters, managers, agents, labels, publishers, PROs (and, of course) ticketing agencies live or die by successful ticket sales.

In 2017, an abundance of issues and developments in the ticketing sphere are under the spotlight. These include scalping, an influx of new white label platforms, the major agencies opening their APIs, the hefty investment required by the ticketing agencies for tech catch-up, venue-exclusive deals, exorbitant fees from many of the ticketing agencies, not to mention ticket reselling now on the agenda in Parliament. Specialists in this field discuss different perspectives on the current state of play and what the future looks like for many issues we’re currently facing in ticketing.

As the way we consume music has changed so significantly, and as we continue to see an increase in the cross-pollination between genres, so too are we seeing the rise of the genreless fan. We look at the impact of playlisting, the demise of genre tribes, insights into the minds of young music consumers and the journey of music diversity with consistency.

Where The Streets Have No Name; Parties Off The Radar

Since the very beginning of electronic music, non-traditional, un-conventional, and dare we say ‘illegal’ spaces have played a significant role in the development of it’s culture. We hear from experts from the grassroots on ground operators to international government on the place of non-conventional spaces historically and presently in our culture, how legislation has repeatedly forced a rise in the culture of these spaces and parties, the impact of this on traditional clubs, venues and events, risk management processes in non-compliant events and spaces, and how parties and spaces of this nature allow voices to be heard, that are excluded from conventional venues and events.

Is imitation the highest form of flattery? We embark on a challenging but necessary discussion of Cultural Appropriation head-on. As a music community we need to take positive steps towards a positive future by facing the reality of how cultural appropriation affects many Australians, which go beyond the appropriation by audiences at festivals reported on in the media. Given the sample-based culture inherent in electronic music, where is the line? And are there other cultures positively represented in electronic music?

The Future of Radio

With Spotify increasingly providing an alternative platform to radio for artists to break through, and radio stations extending their offering beyond just broadcast, the radio landscape continues to change significantly. Australia this year has also seen the launch of its first VR radio station. The figures at the forefront discuss the future of radio. It looks very interesting indeed.

Alongside the increasing number of international festival brands pouring into the Asia Pacific region, there’s also a number of shining examples of local operators who’ve created homegrown brands to much success domestically, and internationally. We highlight those that have been working hard on their own brands; their global expansions underway and the benefit locally grown brands delivers to audiences, artists and businesses within the electronic music sector across the Asia Pacific.

Oh God. Is this still a thing? Well yes, actually, it is. There’s been a slight shift on the needle of gender diversity, but as a sector we still have a very long way to go before we can claim to reflect true equality.

We investigate the initiatives that currently are in place – or coming into play in 2018 – to continue to address this issue. These include how the impact of these initiatives will be measured, what has been done to date and how effective it’s been, how the music industry stacks up against other male dominated industries, what we can learn from how said industries try to resolve this problem; and strategies for addressing skill gaps, confidence gaps and wage gaps.

Indie Labels: Taking The Power Back?

A quick look at some of the biggest records and artists over the last 12 months clearly shows us that indie labels are leading the way in label world. We look at the labels landscape in 2017 and heading into 2018 to explore the roles both indies and majors are now playing in electronic music; how majors are adapting and working positively with independent labels and artists; and how the big indie business models are continuing to evolve and grow.

You’re The Voice; Electronic Music And The Marginalised 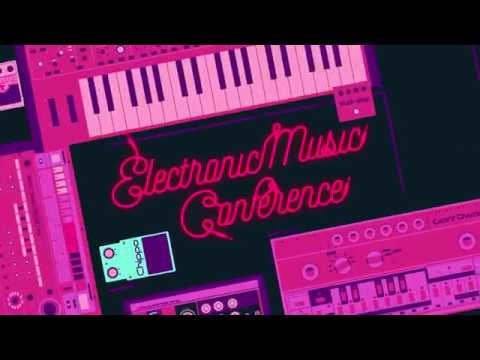