The Australian Recording Industry Association have just released their first-ever vinyl albums chart, and it’s a fascinating look into the physical buying habits of Aussie music-lovers.

Late last week, it was announced that ARIA were set to celebrate Record Store Day by unleashing their first-ever chart for vinyl album sales.

“The renewed love affair of Australian music fans with vinyl albums has been a phenomenon over the last few years,” explained Dan Rosen, Chief Executive of ARIA.

“There is a major sense of nostalgia to the experience of vinyl. The format is tangible and collectable, often with original and numbered artworks.”

“Artists are increasingly using physical formats such as vinyl as a way to give their fans a substantial way of showing their fandom, often working hand in hand with the digital and streaming version for the artist.”

Now, with Record Store Day taking place yesterday, ARIA have released their first chart, and it’s an intriguing mix of old and new favourites that are clearly resonating with the Aussie public.

Check out PUP’s ‘Free At Last’: 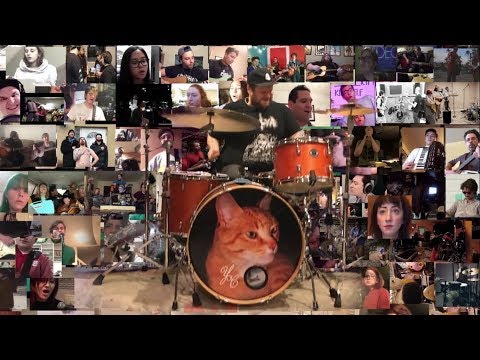 Kicking off this inaugural chart is Morbid Stuff, the third album by Canadian punk-rockers PUP. Currently at #29 on the overall albums chart, it’s rather interesting to see the clear gap between what vinyl-lovers are buying and what is deemed to be popular.

Going down the list, Queen’s Greatest Hits sits nicely at #2, not far off from the #1 position the group scored in ARIA’s year-end list of vinyl albums for 2018 (and #4 in the weekly albums chart).

The success of Bohemian Rhapsody is clearly continuing, with the band holding three positions in the top ten, including #6 for the film’s soundtrack, and #8 with Greatest Hits II.

Billie Eilish’s debut, WHEN WE ALL FALL ASLEEP, WHERE DO WE GO?, charts at #3, not too far from the #1 position she currently holds on the weekly albums chart, while the Hilltop Hoods’ The Great Expanse reaches #4, five higher than their #9 placing on the weekly chart.

The rest of the top ten clearly shows a strong affinity for many of the classic acts, with the likes of Nirvana and Amy Winehouse featuring with some of their most famous albums as well.

Topping off this week’s list is the reissue of Sticky Fingers’ Land Of Pleasure/Caress Your Soul, serving as one of only four releases in the vinyl chart not to feature in the overall albums chart for the week.

Of course, with Record Store Day having just taken place this weekend, it definitely appears that next week’s chart might be an entirely different set of records altogether. However, given past trends, we reckon you can rely on Queen making the top five once again.