American alternative hip-hop group The Roots have had to cancel a performance at South By Southwest in Texas over the weekend following a bomb threat made against the venue they were scheduled to perform in.

As Variety notes, the band were set to perform with Ludacris, Jessie Reyez, Rapsody, and more as part of their third annual ‘The Roots & Friends’ SXSW Jam’ at the Fair Market Venue on Saturday night. However, following an emailed bomb threat, the performance was cancelled due to a “security concern”.

The Roots’ drummer Questlove broke the news to fans in a series of Tweets that were soon deleted. “Uh, welp can’t say much but for those in Austin waiting in line to see us tonight,” he wrote. “Tonight’s show has been cancelled. They’ll make official announcement but I’d rather save y’all the trouble of waiting in line.”

The news was soon confirmed by a spokesman for Bud Light/Anheuser-Busch, the sponsor of the performance. “Due to a security concern, we have made the difficult decision to cancel tonight’s Bud Light x The Roots SXSW Jam,” they wrote.

“After working proactively with SXSW, the Austin Police Department, and other authorities, Bud Light believes this is the best course of action to ensure the safety of our guests, staff, and artists, and appreciate your understanding,” the statement continued. “We are truly sorry to have to cancel the event, but we felt it was necessary to take all safety precautions.”

Uh come on now. If you gonna point fingers, start w the individual who caused it to be canceled.

However, since this announcement, more details have emerged, including the identity of the suspect at the centre of the threat, 26-year-old Trevor Weldon Ingram.

As Variety again reports, the Austin Police Department released a statement in which they noted that the venue was searched following the email, but that “no threat was found.”

Police have later confirmed that they were “able to identify and locate the suspect believed to be tied to this threat and at 11:08 p.m. a warrant was signed” for the arrest of Trevor Weldon Ingram. He has since been charged with third-degree felony charges of making a terroristic threat.

Neither SXSW or The Roots have since made any further statement in regards to the false threat, nor has Ingram revealed any motivation for his decision.

Check out The Roots performing with Redman & Method Man at SXSW 2017: 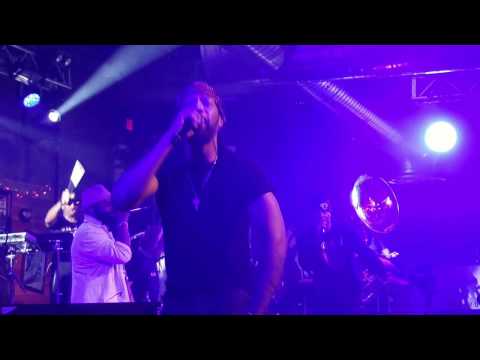