Having launched the inaugural edition of the Sailor Jerry Rolling Stone Australia Awards earlier this year, the event will make its return in early 2022. 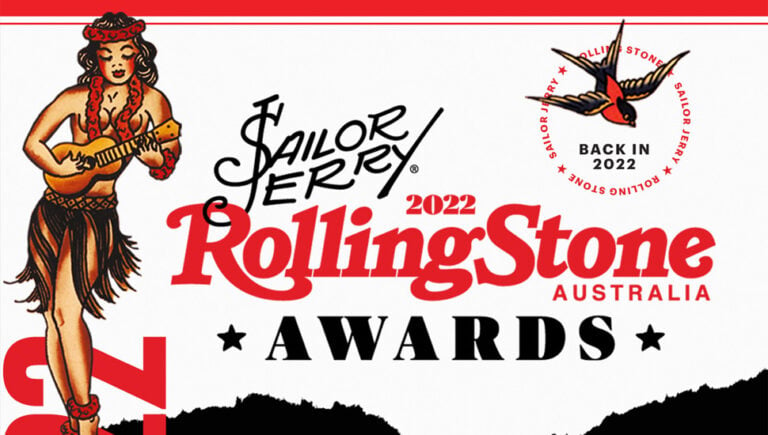 For the first time, a free live event series will spearhead the return of live music in the lead up to the awards. The Sailor Jerry Road to Rolling Stone Australia Awards will visit Sydney, Melbourne, and Brisbane at the sticky-floored band rooms that punters have missed so dearly.

Setting the stage for next year’s Sailor Jerry Rolling Stone Australia Awards, the series will see some of the country’s most exciting, hardworking bands taking to the stage for the first time in months – effectively heralding the long-awaited return of live music.

“Honouring and celebrating homegrown artists has never been more important. I am so excited and grateful for the return of the Sailor Jerry Rolling Stone Australia Awards, which will perfectly showcase our commitment to positively impact the Australian music scene,” Reid said.

Sailor Jerry returns as the headline partner for the awards which were shortlisted for in the Event or Virtual Event of the Year category at the 2021 Mumbrella Publish Awards.

Lucille Rose-Hopkins, Sailor Jerry Brand Ambassador, said the partnership sees Sailor Jerry going ‘All In’ to support every level of the music industry – from bartenders to barhoppers.

“Sailor Jerry is pumped to partner with Rolling Stone Australia to shine a spotlight on the local Australian music scene and give support to an industry challenged in recent times. Sailor Jerry is backing live music in the bar industry all across Australia, ensuring we can connect with one another and unapologetically get back to our roots,” Rose-Hopkins said.

Some of the biggest artists and bands were up for nomination at the inaugural awards, with the likes of Tash Sultana, Tame Impala, and Midnight Oil all serving as big winners on the night.