How rare? The Brit has never done a keynote of any description in Australia or opened a conference in a speaker’s seat.

EMC executive producer Jane Slingo and her team have been trying to land Sasha for the summit since its inception. All that work finally paid off.

Sasha isn’t your typical DJ, producer and label chief, though he is all of these. The British artist and party-starter was famously anointed the “Son of God” in a cover story for Mixmag back in 1994 and his many fans have been calling him by that name ever since.

The Grammy-nominated, four-time DJ Mag award winner sat for a candid interview with TIO’s Lars Brandle which covered his career, the state of the dance music business and a range of hot topics. Read an excerpt below.

One of the skills which places Sasha head and shoulders above most others is his predilection for key-mixing his sets. Blame a music education for that.

“I really got reconnected with playing piano again,” he said. “It’s from my childhood. There was a piano in my house when I was growing up. I just listened to the radio and copied the melodies. My mum got me some piano lessons. I can’t say I really enjoyed the piano lessons and learning a lot of the classical stuff.

“But whatever my musical training was, obviously stuck through my DJing career, because everything had to be in key. And that became my style.” Sasha is now tickling the ivories once more, thanks to the help of the Australian music programme Simply Music and his Australian piano teacher Elizabeth, who was a guest in the audience.

“She got me into shape to be able to perform some of my music in front of 2,000 people at the Barbican, which for me was one of the most amazing musical accomplishments of my career.”

The struggle is real.

“It didn’t feel lonely at that time,” Sasha said, recounting those heady days of the late ’80s and ’90s.

“It felt every time I walked out the door it was like carnage, chaos. Amazing gigs, everybody wanted a piece of you. It was an amazing time looking back on it. It wasn’t that enjoyable at the time and I wish I could have enjoyed it more.

“I wish someone had sat me down and told me, this isn’t going to happen again. It’s going to be a wild ride. Enjoy it. It just made me retreat into myself, really.”

One of the most widely acclaimed, prolific electronic music artists of all time, @sashaofficial. A very special moment here at #EMC2018. A very special hour of power that was. Thank you Sasha & @larsbrandle. pic.twitter.com/lvhSC3CQSA

The ride to the top is fast and scary.

“I don’t think I ever had control,” Sasha recounted. “When your career is rising at such a crazy fast rate, you have no control over it at all. It’s only when your career starts to plateau out, and you’re like ‘ok,’ and you start to get a good manager and a good agent and you start to understand the business of what you’re doing, its only then that you feel you have some control.

“But still, at this point, 30 years in, I still can’t control whether people will go out and buy my next record, or whether they’re going to come to my next show. There’s a lot of stuff that has to be put in place. When you’re rising on that first rocket ride of your career, you have absolutely no control over what’s happening.

“Some people feel when they get on that ride, that hamster wheel, they feel they can’t stop. A lot people at the top of their game feel like that. You’re just kind of getting dragged along while you’re sitting on the rocket. It’s hard to predict whats going to happen and you have no idea how long it’s going to last.

“I had no idea back in 1988 that my hobby of DJing in my bedroom would bring me to Australia 30 years later, talking about it and taking me to America. You can’t predict what’s going on, especially when the rise is happening. Everything is happening at such a super high speed. It’s hard to grab hold of it. It’s important to give yourself time.”

Have they ever thrown records at each other? “No, It’s nothing ever physical. More of a silence really. Being on the road with someone for 20 years you really get to know someone foibles and they can get annoying or possibly endearing at the same time.

“It’s a long relationship, it’s still going strong. It’s different to how it was when we started, where we were just living in each other’s pockets. Every show I’ve done with John over the last couple of years since we got back together (at the Ministry of Sound in 2016) has been amazing. Long may it continue. I think now less is more.”

Avicii’s death was a huge wake-up call for the music industry. Fortunately, the stigma surrounding mental health is lifting.

“The one thing to come out terrible situation is that we are talking about it,” Sasha explained. “For a long time it just wasn’t a conversation that people had in the music industry, around the world. His death, if you look back at it now, you think he could have been helped by so many people.

“It’s very hard to find a rational voice and it felt like he was very lonely and he wasn’t being heard by people around him. And it ended up in such a horrific way. The fact that people are now talking about mental health within our industry is fantastic, it’s something that’s long overdue.

“I had a lot of friends, a lot of peers, a lot of colleagues who just suffered through the years, through depression, panic attacks, and they just kind of disappeared. They never felt like they could talk about it. Now, the conversation is open. Which can only be a good thing, even if it’s been brought on by such a tragedy.”

Evolve. Or get out.

“I’m never satisfied,” Sasha admits. “The moment I finish a big show, it’s like ‘what’s next?’ A lot of people make a really big record and it has such a big impact and they’ll go, ‘my next 10 records will sound just like that one.’ I always feel that as soon as I make a record in a certain style, especially if it’s one that’s well received, I never want to make another one that sounds like it.

“I’m constantly pushing myself away from the things that have been a success. Sometimes it’s been to my detriment. I know if I made a few Xpander copies, I’d have sold more records. But I just wouldn’t have been happy to do that.

“I wouldn’t want to find a formula and regurgitate it. Sometimes I can set the bar a bit high, and it can be painful along the way. I can have slip ups and it doesn’t necessarily go the right way. But I’ve always felt that when I haven’t had a challenge in my career when I’ve been treading water, that’s when I’ve become disillusioned and bored.

“As soon as I find a new goal to work towards, it’s like ‘ok, I’m on my way again.’ I have to constantly move in a direction, I’m no good at sitting still or resting on my laurels.”

Sasha isn’t just a prolific performer. His record label Last Night On Earth is about to celebrate a huge milestone.

“We’ve got our 100th release coming up,” Sasha says. “We’ve got a load of remixes from some my tracks and some of the stuff on the label, some of my favourite artists, it’s going to be a nice event. I’ve got 60 new tracks on the go, I’m writing a new record or two, there’s a lot of new music coming. We’re building towards a new show.

“We’re generating a lot of new music, we’re writing a lot. In 2019 we’ll be releasing a lot of music and we need to work out how to get that out there in terms of live performance.” 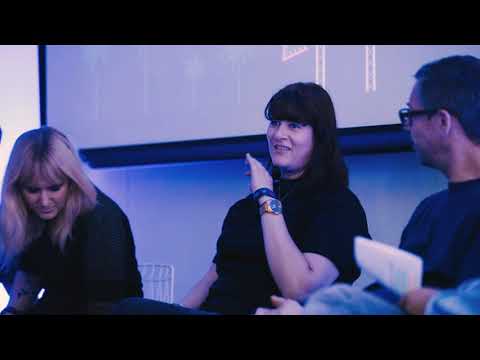