Ever since it first launched as part of Adelaide University back in 1972, Radio Adelaide has been a vital source of new and upcoming musicians not only in South Australia, but throughout the country.

Serving as an opportunity for listeners in the southern state to get their fix of some of the best local and independent music around, the station has been a fixture of the South Aussie music scene for decades, and has helped kickstart some pretty impressive careers along the way.

Back in 2016 though, trouble began to brew within the University of Adelaide, and since a controversial separation, Radio Adelaide has facing “numerous, significant challenges to its efforts to rebuild as an independent, non-profit organisation.”

With hundreds of volunteers dedicating their time and efforts to keeping the community radio scene alive in Adelaide, it has now been revealed that the station in dire straits and facing closure as soon as January if they can’t raise the funds they need to continue. 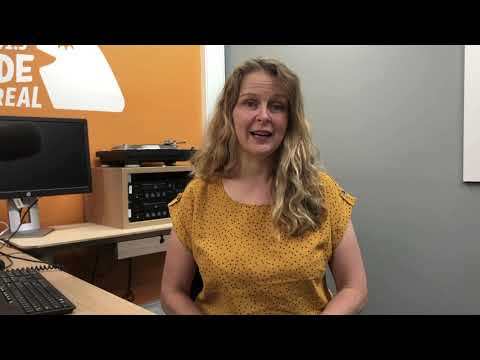 Launching a crowdfunding campaign over the weekend, Radio Adelaide is seeking $50,000 to fill a funding shortfall and to help continue the good work that has been done for the last 47 years.

“Over the past 47 years, Radio Adelaide has enabled many thousands of South Australians to tell their stories, to share their music, to explore and discuss innovative ideas. Radio Adelaide helps us find community. Radio Adelaide develops communities through media.

“Since 2016, we’ve maintained our commitment to our community despite significant losses of funding, big reductions to staff and other difficult challenges,” Mr Leese continued.

“We’re working very hard to build the partnerships and revenue streams that will help us achieve sustainability, but we urgently need to bridge a financial shortfall if we’re going to get there.

“Radio Adelaide doesn’t just want to survive, it wants to thrive! Building on our strengths in arts and culture programming, in training and podcast production, we can grow our capacity to tell South Australian stories, develop a strong support base and grow our revenue.”

Since its launch just a few days ago, Radio Adelaide has managed to draw in over $11,000 in donations, but has still got a long way to go to ensure its future on the Aussie airwaves.

While the initial goal of $50,000 will help the station remain on the airwaves past January of 2020 and help buy some time to work on a plan for a sustainable future, a stretch goal of $100,000 is also on the cards and would help the station thrive and “implement its plans to build upon its strengths and create a modern, dynamic voice for Adelaide and arts, music and ideas.”

To sweeten the deal a bit, a bunch of interesting rewards have also been offered up to potential supporters. Ranging from an on-air shoutout, to t-shirts, listening parties, and even a spot on the airwaves, there’s also a chance to attend a Podcast Essentials workshop, or nab a Golden Ticket from Hindmarsh venue The Gov.

If you’ve got some deep pockets however, you can also become a broadcast partner, with three, six, and 12 month packages available.

You can find more information about the campaign over at the Radio Adelaide website, while the StartSomeGood crowdfunding campaign is live now. Every bit helps, so be sure to spread the word and help Australia’s oldest community radio station survive well into the future.