Screen composer Caitlin Yeo: “It felt like no body had been talking about the lack of women represented” Just listen to multi-award winning screen composer Caitlin Yeo speak about her work and you’ll understand all her accolades. She describes the work of her contemporaries with powerful precision, and she explains what creativity means to her with the kind of assonance only reserved to those who have walked the walk.

Yeo is also nominated for four awards at this year’s annual Screen Music Awards, which celebrates achievements in music composition for film.

She’s being recognised for her work on The House with Annabel Crabb (Best Music for a Mini-Series or Telemovie), in the Best Music for a Short Film category for Barbara and in the Best Soundtrack Album and Feature Film Score of the Year categories for The Butterfly Tree.

In the Q&A below, Yeo offers insight into the male-dominated screen composer industry, the gender equality initiatives she helps run, why her score for The Butterfly Tree was such a big challenge, and the fascinating relationship between director and composer.

You’re the first female AGSC President. Why do you think that is? Do you think this talks to the male-dominated industry itself? Is it more an issue of women not putting their hands up, or women not being let up?

This is a very interesting and large set of questions. I am sure there is a thesis somewhere in the answer to this. To date, since the inception of the AGSC, there has been seven AGSC presidents. I am the seventh.

This equates to just above 14% of AGSC presidents have been female. In our industry, where only 13% of Australian screen composers identify as being female, I think it seems statistically on par.

I would love to see these statistics rise, but it is a very complex set of reasons that has resulted in less women participating in our industry.

You’ve really ramped up gender equality initiatives over at the AGSC. What can you tell us about the Gender Equity Committee and what it’s achieved since its inception in 2016?

I don’t think I can take the credit for ramping up gender equity with the ASGC. This really should go to the current Gender Equity Committee.

The GEC was set up in 2016 under the presidency of Guy Gross. The original committee was a core group of four women; Felicity Wilcox, Amanda Brown, Yantra De Vilder and myself.

At this time, we had a round table discussion and invited key people in the industry to investigate what the issues were for gender. Prior to the round table, it felt like no body had been talking about the lack of women represented as screen composers around the world, so this felt like a bit of a watershed moment for all who attended.

After I took on the role of President of the AGSC, I felt I needed to spend more time across a wider range of issues and initiatives for the AGSC. So, I decided to remove myself from the GEC, and we appointed Felicity Wilcox as chair.

In that time, the GEC has grown to include Angela Little, Ken Francis, and John Gray and, a Melbourne chapter has been established by Elizabeth Drake and Petra Salsjo.

Over the last year, the GEC has been incredibly active, and established two mentorships for women (with APRA and the SAFC), and hosted a bi-annual roundtable to see how the landscape for women has changed over the past two years.

The committee have also forged a relationship with the Alliance of Women Film Composers, programmed the first “She Scores Concert”, released its first International Women’s Day film, and have representatives on the both the Screen Australia Gender Task Force and at CIAM (International Council of Music Creators) this year.

You’ve been very busy over at the AGSC. Tell us about the health and wellbeing campaign you initiated.

This campaign was essentially created, and championed by Craig Morgan. In 2013-2016 Craig embarked on his PHD regarding the parameters surrounding screen music composition in the digital age, with a specific focus on the use of virtual instruments amongst screen composers.

As he conducted his research and interviewed composers, he found many composers spent more time talking about their difficulties in the industry over the tools they were using. It was at this time that Craig recognised a need for the guild to provide some support to its members around health and well-being.

In the time that Craig has headed up the Health and Wellbeing Committee, he has created a one-page mental health checklist/quick reference guide, hosted a call line service on RUOK day for our remote members, and presented talks in both Sydney and Melbourne on ways to survive the peaks and troughs of being a screen composer.

We have had a lot of positive member feedback around our work on this subject, and mostly just that our members, even if not needing emotional support, feel supported by it simply being there.

You’re nominated for four Screen Music Awards this year – congratulations! What can you tell us about the brief you received for The Butterfly Tree?

Thank you so much! Working on The Butterfly Tree was actually a big challenge.

The brief was to create an “orchestra of insects” in amongst the rest of the music for the film. Essentially the film is about a family dealing with grief and loss, and lack of connection. It is set in Mount Tambourine, and told in a magical realism style, through the perspective of a young boy named Finn.

The challenge for me was how light, and underplayed the music needed to be, despite the saturated hyper real, world Priscilla Cameron (director) had created. We found that, in amongst this orchestra of insects, the music had to have a sense of fragility, sparseness, and lightness, and play the drama very, very, delicately.

Anything more was way too much and tipped the film over the edge. So, I ended up writing unusual musical phrases that had to weave in and out of the drama, hung together by the thinnest threads, that needed to be performed very softly, in higher registers for strings.

Watch the trailer for The Butterfly Tree below: 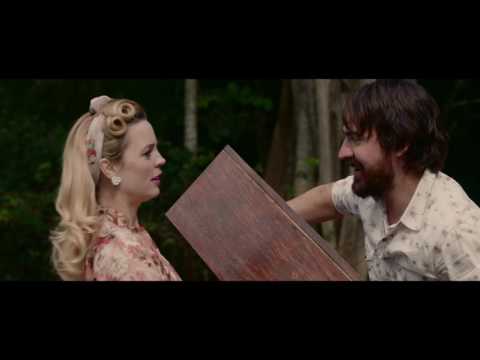 These music cues actually feel like they could fall apart at any second. There is barely anything holding them together.

This also inspired Wes Chew, who recorded and mixed the music, to record the whole score at 96K. This was to capture the sound of the air in and around the instruments, and gave the music an incredible sense of delicate detail and breath.

Unfortunately, to record at 96K, was also a very CPU heavy decision and meant we watched many spinning wheels of death (you know the Mac ones) in the process. However, thanks to Wes’ determination, and persistence, we got there!

The brief for a film really depends on the director and the story. I have discovered, over my years of being a screen composer, that I have to create a specific process and style not only for each film that I work on, but also each director I work with. In essence, I have developed a certain way of writing music that is bespoke both to the film, and the director.

There is one particular director that I have in mind, whose films are so thick and rich with thought provoking fodder, that I have developed a very detailed, intricate, melodic and harmonic compositional style, specific for her films only.

Now we have worked on so many films together, that we skip the spotting session all together. I think these long-term collaborations are invaluable.

Inevitably, the style and aesthetic of directors are all so different and reveal themselves very clearly through every element of the film making process. In the case of post-production, this is particularly noticeable in the edit.

For me, the style and breadth of the edit informs the structure and phrasing of the underscore, where some directors like clean stops and starts and others like music to seamlessly move between scenes. Of course, both approaches feed into the overall effect of how the story communicates with the viewer.

So, the idea of how a composer works with a director, is almost always informed by how the director has worked with the editor. That’s why I think it is great when a composer can get started earlier during the edit.

As for the freedom to create throughout the process. I never think of it as being free or restricted. All I know is that I write the music within the parameters of the brief in an attempt to find the most poetically appropriate notes for each moment.

Sometimes that means working very closely with a director to discover the nuances of a film, and in other cases, it means being left to my own devices.

The funny thing about writing music for film, is that the film music is never just my own singular vision (nor should it be). I love this aspect of it.

It always pushes me to make something beyond my original expectations. It is kind of like bringing up a child. As a parent, you nurture every moment of their upbringing to become independent beautiful human beings, and then you proudly watch them enter the world and let them go freely.

I think writing film music is the same. Through the screen composition process, I nurture every moment of the underscore closely, and then, once the music is in the film, I am happy, and proud, to see it travel and have its own life.

What’s your favourite piece of screen music and why?

Who do you hope to see jump up onstage to accept an award this year?

I dunno. Everyone, I guess. For me these awards are very much about our industry, celebrating what we do, getting together and having a night out, and listening to some wonderful music.

The winners of the 2018 Screen Music Awards will be announced at a gala event in Sydney at the City Recital Hall on Monday 19 November. Musical Director Jessica Wells will lead a live orchestra that will perform a selection of nominated compositions and Ms Denise Scott will host the ceremony.