With a small, but growing, team on the ground, West’s company is very much an international one as it builds out a global footprint with technology. In the space of just three years, Secret City’s overall revenues from outside Canada increased from 38% to 65%.  Profits are exploding. It’s no secret: streaming has transformed the business.

The streaming ecosystem “gave us a level of visibility, discoverability, and revenue in Europe that allowed us to invest in growing our entire European footprint,” West explained in Merlin’s recently published “Impact Report,” which devoted a case study to the company.

In today’s digitally-connected world, one year’s worth of streaming business in Scandinavia is now more than all of the previous 10-plus years of Secret City’s business in that territory for physical and download sales combined. Australia is also proving a pleasant surprise.

Justin West will share his story when he speaks at Indie-Con in Adelaide later this month. TIO caught up with the entrepreneur ahead of what will be his first visit to Australia.

TIO:  Your dad Jim works in music. He had skin in the game your whole life. It’s clearly in your DNA. What did you learn from him?

My dad’s such a passionate music guy and definitely a huge mentor. He’s been in the business since the ‘70s, and started his label Justin Time Records in 1983. He’s still releasing records, still doing his thing. I definitely learnt a lot about the business side, so when it comes to how rights break down, how artist contracts work, publishing, masters. One thing that had a huge impact on me in terms of how to move forward in this business was really about how to work with artists, how to treat artists. He was always very huge respect for artists. It shows. The first three artists he signed in 1983, Oliver Jones, Bryan Lee and Montreal Jubilation Gospel Choir, they’re still putting out records for him today. Like, 35 years later. They’ve probably put out 15 records each with my father.  It’s a testament, we have at the moment 13-14 artists that we work with and not one has ever left the label in 12 years. That’s similar to my dad’s philosophy.

TIO: Did your dad inspire you to start Secret City?

The real story behind the label is actually quite funny. I went to high school with Patrick Watson and (Close to Paradise) was the first record we launched, and it put us on a huge rollercoaster ride in terms of we sold a ton of records, his name was out there and labels all over the world were looking to license the record from us. I was working for my dad at Justin Time and suggested we go see Patrick perform. We went to the show and dad was absolutely floored and he tried to sign him. But Patrick said, ‘I really want to do the deal, but I don’t want to be on a jazz label.’ My dad just said, ‘great. Justin will start a label.’ That’s how Secret City got its start. My dad saw my interest in the business, I love music, I grew up around it, but I think he saw a real opportunity. I was thrown into the fire but it all worked out. 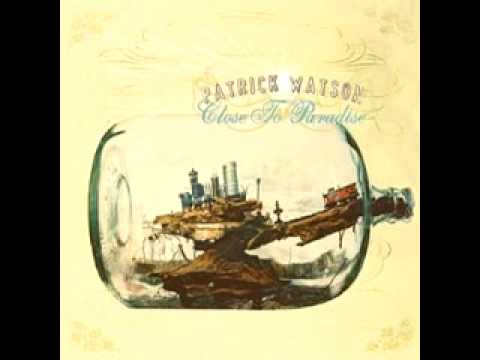 TIO: How big is your team in Montreal?

It’s six at the moment. About to be seven. And eight by the end of the year. We’re a small team but we’re pretty focused and we’ve always had the same philosophy: roughly 80% of our roster we sign for global rights. We always done that, we always work closely with the artist and not overshoot. Even though a place like Australia may not have been on the radar for an artist’s first record, it might be on the second or third one. We build over long periods of time. It’s a small team, we only release between four and six records a year. That’s how we function. We’re really happy with the roster. I make a joke that probably 80% of our office lives within a mile of our office.

TIO: I understand you make good use of the deals Merlin strikes on behalf of indies and, today, streaming and international are massive parts of your business.

Absolutely.  I’m going to talk about this a bit at Indie-Con. As the Merlin Impact Report points out, we’ve gone from doing about 35% of our business outside of Canada to 65%. It’s completely inverse. That’s just on streaming, downloads and physical, if I was to look at it just from a streaming perspective, it’s close to an 80% (income from outside of Canada). Streaming has opened up so many avenues for us internationally and allowed our music to be heard in so many places. What it’s doing, it’s rising all boats so to speak. You’ve got physical revenue increasing, download revenue increasing, sync revenue all of a sudden. We confirmed a sync last week in Australia for a show called Doctor Doctor. Those types of opportunities never happened for us before. It’s interesting to see all of that stuff happen. We’re doing sync business in Sweden and Spain and all over the world. That’s because of the access and discoverability of the music. People forget, it’s not just about the streaming revenue but how that streaming in the ecosystem drives discoverability across all revenue streams.

TIO: How does Australia fit your global footprint?

Australia has really grown for us as a market. If I was to run our top 10 territories, Australia is No. 5 for streaming for the label. Because of that all of our artists are starting to plan tours over there, so it feels like the perfect moment for me to head over, meet a bunch of people and start setting things up, which is great. It’s really interesting how a market can pop up like that without us making a real investment somewhere. What it does it allows us to say, ‘things are happening there. Let’s make an investment.’ So now, we have an artist Leif Vollebekk, an amazing artist from Canada, who was offered a tour to open for an Australian artist (Angie McMahon) in September. Would that have happened five years ago? Probably not.