In life and in the music business, the smarts behind the throne is often the husband or wife.

A year ago, Amy Shark and her husband Shane Billings took the plunge. Billings, a former financial manager at the Gold Coast Titans rugby league club, became the ARIA Award-winning artist’s manager, guiding the complex business activities in her career on a full-time basis.

TIO caught up with Billings for a chat on their working relationship, and the followup to Shark’s ARIA Albums Chart leader Love Monster and last December’s ‘The Reaper,’ on which she guested with The Chainsmokers.

Shane, it’s been about a year since you started managing Amy. She’s literally managed in-house now. How did that all come about?

Shane Billings: I have always kind of co-managed Amy. But yes, I have been doing it solo for the last year. Partner or not, I love her music, I love her live shows, I love the artist she is – so managing someone like Amy is the best job in the world.

She works harder than any human I personally know, she’s motivated and is constantly striving to be better today than she was yesterday. We are about to expand the management team though which is exciting for her global outlook.

You’ve worked as a financial manager with the GC Titans. How did that — or any other roles — prepare you for artist management?

It’s helped me with negotiations and understanding contracts for sure. But, the music industry is unlike anything I have ever seen before. I have learned to keep the team small, engaged and honest. Amy’s very lucky with the people she has around her today. We all want to work for Amy, she’s the best boss you could ask for.

Stream Amy Shark’s ‘Mess Her Up’:

You’re a year in as the manager to your partner in life. What have you learned about yourselves in that time?

It hasn’t changed us. We’ve got a balance and an understanding that has worked since day 1. I don’t look at myself on a daily basis as her husband, I am just a part of the team. I am working hard cause I believe in her music. It’s nothing to do with us being married. I had a job, I didn’t need this – I wanted to do this.

Will you be looking to grow your roster of artists?

I want to give Amy my complete focus for now, but yes, that’s actually the long-term plan. 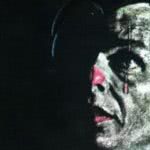