“I think we’re just making music for ourselves at this point, we’re not trying to impress anybody,” George Sheppard, singer for his namesake band, tells me.

“We’re having a lot of fun doing this now. People have made up their minds whether they like Sheppard or not, we’re not trying to prove anything to anybody anymore.”

I’ve called him up just a couple of days after the release of his band’s latest video clip. The clip, for the band’s new single ‘Die Young’, has caught my eye. And I’m certainly not alone.

‘Die Young’, Sheppard’s third single for 2019, builds on the band’s trademark energetic pop sound. George sees the track, and its clip, as the signalling in of a new era for the Brisbane-based five-piece.

“As we get older, we’re trying to develop a more mature sound,” Sheppard tells TIO.

Indeed, the clip exudes the band’s desire to break free from expectation. Using muted colour patterns, haze and militaristic tableaux created by extras, the band communicate a sense of suffocation.

“We kind of took our cues from the opening line: ‘in a world that’s colourblind, we see it all through kaleidoscope eyes’,” says George.

“That was a really cool line we all thought, and that kind of set up the video clip.”

The band members themselves take on a storytelling role, dressing as the mysterious, cloaked figures who feature throughout the clip. George, as well as his sisters and fellow bandmates Emma and Amy, are “injecting light and colour into all the colourless people there.”

The clip therefore positions the band members as witnesses to, and victims of, the constricting expectations of the outside world. 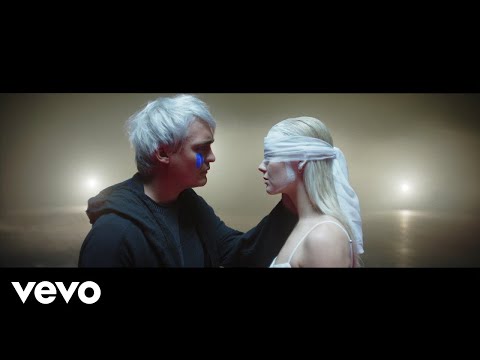 George notices a similarity between the aesthetic of the clip and the novels of George Orwell. He mentions both feature “bleak, colourless” places as their settings. And like much of Orwell’s work, the clip features a central character longing to break free from the shackles imposed upon them. Here, it is the blindfolded woman in white.

“I could tell in the video clip that she had been blinded, that she’s not like the rest of them,” Sheppard says.

“Over the course of the video clip it’s kind of me releasing her from her prison, and then when she takes the blindfold off at the end, that’s the moment of truth.”

This clip is something of a “moment of truth” itself. The band has just put a turbulent twelve months behind them. With the departure of lead guitarist, Michael Butler, and a serious vocal injury to George, Sheppard’s career appeared to be on its last legs.

“It didn’t feel good, it kind of felt like the band was kind of winding up,” admits Sheppard.

But the band managed to channel the lessons learned from these obstacles into creative output. George reminds us that, “it’s still early days”, but the previews of this new Sheppard are already making waves amongst fans.

It’s not just ‘Die Young’ that is creating buzz. Before ‘Die Young’, Sheppard released another single, ‘Kiss My Fat Ass’, in July. The song, which aims to reinforce messages of body positivity, hits especially close to home for singer and keyboardist, Amy.

“She was a bit of an overweight child and teenager, and she got bullied at school. I think that’s left a bit of a residual self-consciousness moving into adulthood.”

For Sheppard, ‘Kiss My Fat Ass’ is as much a social movement as it as an individual song. George has witnessed the transformative power of this movement for Amy.

“It was really kind of a breakthrough for her just to be able to empower herself by taking control of how people see her body,” George adds. “She no longer felt the need to ‘sex up’ her body to sell music.”

Like ‘Die Young’, ‘Kiss My Fat Ass’ is accompanied by an energetic video clip, released earlier in the year. While Amy is at the forefront of the video clip, George insists that the whole band collaborated to fully realise her vision.

“We’ve been following Amy’s ‘Kiss My Fat Ass’ movement from the sidelines,” he says. “We pitched in lyrics and melodies and production, so it was very much a team effort.”

Both singles will likely feature on the band’s upcoming album, but George is not giving much away.

“It’s going to be an interesting album. I’m not too sure what to say at this point. It’s really early days, but we’re pretty inspired.”

Watch the music video for Sheppard’s ‘Kiss My Fat Ass’ 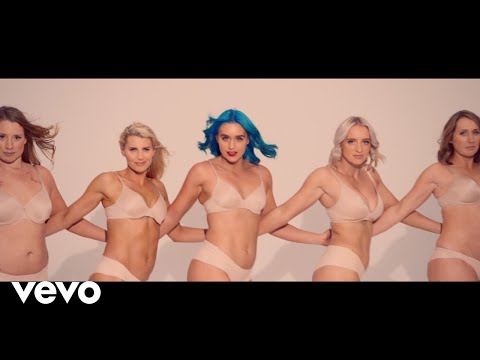