The record label’s role in the industry has shifted since the ‘80s and ‘90s; where once there were six major players, just Sony, Warner and Universal are left. Cheaper technology made the home-recording studio more attainable and accessible, and speedier internet put distribution into the artist’s hands.

What remains the same is the purpose of the ‘record deal’; as Sony CEO Rob Stringer recently laid out, “What we’re here for is to magnify.” But as an artist, can you “magnify” your music without losing autonomy over your sound, sharing your royalties, and potentially becoming financially indebted to a label?

Making the decision to sign or stay independent really comes down to who you’re working with and whether you share the same values – whether you’re going to have a relationship that’s built on trust and respect. After her experience with the label system, Tasmania-born electronic-pop artist Asta made the decision to return to an unsigned lifestyle.

“I was working on [an EP] with Yeo at the time and when it was finished I guess the A&R people at the label weren’t into it… That puts the artist in a difficult position because at the end of the day music should be released… I had to decide what was best for my fans and what was best for me.” 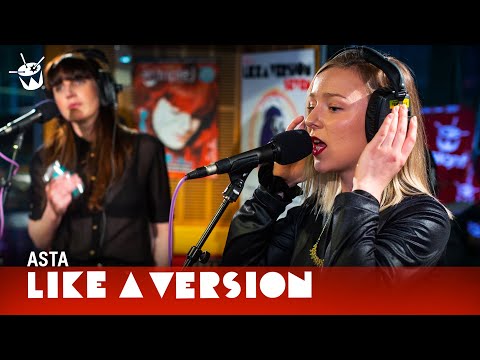 Asta gained her fame as the winner

“That was the main thing for me,” she says of the impersonal aspect that artists may experience with a bigger label. “Like, that someone that I haven’t met doesn’t like the music… When you’re not priority, and I’m speaking major labels here, or when people don’t have time for the little artists… it just takes too long and it slows down the process.

“You make this music and [releasing it] just feels like it’s a natural thing. It’s like, ‘Oh, I’ve been pregnant for this amount of time and this baby needs to come out,’” she laughs. “No one’s stopping me from having this baby!”

While some big-shot labels will give you creative freedom over your sound, there’s still the issue of losing control over release dates. Alicia Bognanno of Nashville’s lofi-punk act Bully claims they were given complete creative autonomy for LP Feels Like when they signed with StarTime International, a subsidiary of Columbia Records (think Beyoncé, David Bowie and Adele).

Some labels claim that they’ve got these big connections with Spotify, but at the end of the day, you can just do it yourself

But they moved to indie label Sub Pop for their second album, saying to Spin, “When you’re on a subsidiary of Columbia, it’s still Columbia, and it just takes a longer time for things to happen.”

We have our own subsidiaries in Australia; Future Classic (Flight Facilities, Flume, Touch Sensitive) is distributed by Warner and Liberation (Dan Sultan, Julia Jacklin, Vance Joy) is distributed by Universal. At the end of the day, when looking for a label, it comes down to doing your research and trying to score a deal where you know your artistry will be supported — if you feel like you can do that on your own, maybe there’s no need for a helping hand 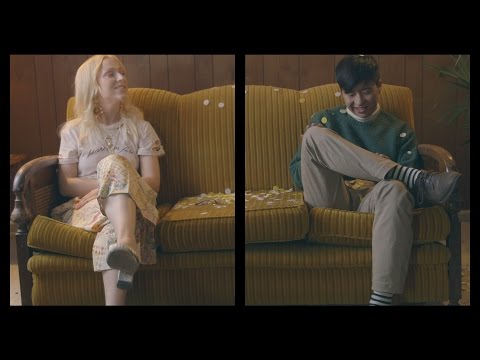 Asta wanted to make her music without interference from labels, including her collabs with Yeo

When it comes to distribution, ASTA notes that “some labels claim that they’ve got these big connections with Spotify and stuff, but at the end of the day, you can just do it yourself.”

“[When you’re unsigned] you’re creatively in charge with whatever you do. There’s no one [else] really putting creative input in, and that’s a good thing and bad thing,” explains ASTA. “It’s good sometimes to have, you know, someone who’s passionate about your music; [someone] that can put some creative insight into what you’re doing, ‘cause as an artist you can just have no sense of direction most of the time.”

There are significant bonuses that come with record deals, from start-up capital to opportunities to connect with other likeminded musicians: “Like if there was a major artist touring you might get offered that support slot if you were on that label,” says ASTA.

ASTA will be headlining the first of the She Sessions this Sunday afternoon at the Clovelly Hotel, a series of five free shows that’ll also feature female-fronted artists Saskwatch, Bec Sandridge, Tigertown and Ali Barter. When it comes to dealing with gender bias in the music industry, ASTA says it’s only made her stronger. “At the end of the day, I’m the boss,” she says. “That’s one of the biggest things for me, is that I don’t need to ask permission to do things.

“There’s been situations in the whole producer/singer/artist thing; working with producers and they’re mainly men, that’s always been a little bit difficult. That’s why it’s really important for women out there to find people that they trust and they get along with in the creative process. I’ve had female singers, friends of mine, that complain about stuff that’s happened in studio environments and creative environments.”

“They are out there,” she says of male producers who take credit for women’s work. “It’s so weird, it’s like females, we’re not just singers. We are creatives and we are artists and we get lumped into this ‘oh she’s just a singer’ and ‘so you can just sing and be in that little corner over there’.

“But working on music is one of my most passionate things… So, coming into sessions where I’m not allowed creative input, but that’s music that [I’m] releasing, was mind-blowing. I thought, ‘What? This is awful!’

“Finding those collaborators that are on your level is really important. That’s sort of been my journey — I think its just [about] respect really.”

ASTA headlines the first of the She Sessions this Sunday afternoon at The Clovelly Hotel, a series of free gigs with an awesome female-fronted lineup of Saskwatch, Bec Sandridge, Tigertown and Ali Barter heading to the venue every Sunday until Christmas – check it out here.