When it came to filming Sigrid’s video for ‘Mine Right Now’, a comedy of errors led to her most hilarious and honest offering yet.

After more than a month of planning, delayed and cancelled flights meant that the Norwegian chart climber herself couldn’t be there.

However after reviewing the footage, perhaps that was best.

Firstly, a serial killer was on the loose in the Bulgarian National Park in which the clip was filmed. This meant delays even getting to the mountain for what was set to be a vast green backdrop for Sigrid’s soaring vocals and signature dance moves.

Then, after sets created by over 40 people were erected on mountain near a lake, strong winds practically tore them down.

The winds also sent the drone camera plummeting into the lake.

Without the artist herself there to be in her own video clip, the video’s director Max Siedentopf made the bold choice to step in.

“I was supposed to direct the new music video of Sigrid, but I ended up playing Sigrid in her new music video,” he wrote on Instagram. “[…] We could’ve decided to call it a day and just go home, but instead I was forced to take on the role of Sigrid and play her throughout the entire video. A funny irony as I usually come up with ideas but never have to play them myself.

“As you can imagine, everything is terribly out of sync and my dance moves are so awkward they make you cringe, and my biggest fear is singing in public – you’ll never ever see me doing Karaoke!”

The final version features an iPhone-filmed intro from Sigrid herself where she explains:

“The video you’re about to see now is a bit different to the videos we’ve done before, because I’m not in it. I was supposed to be there but because of delayed flights I couldn’t get there in time. So we needed someone to step in for me. So, it’s the director.”

It shows Max Siedentopf dancing across the Bulgarian mountain and doing his best to imitate our beloved Sigrid. At one point you can hear a crew member say, “The arms make it feel a bit awkward”.

In another part, director (and now star of the clip) Max Siedentopf twirls and skips stiffly as birds fly overhead. Granted it’s not what Sigrid’s millions of fans expected, but it’s one of the most endearing bounce-backs we’ve seen in a while.

Watch Sigrid’s clip for ‘Mine Right Now’ in all its Fyre Festival-esque glory: 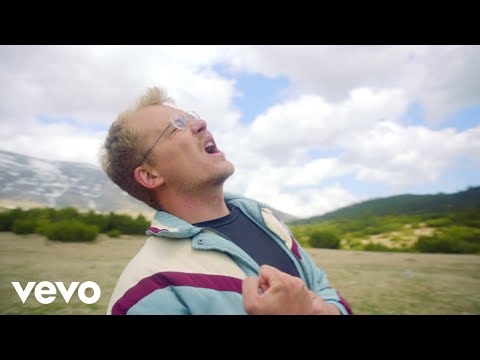 ‘Mine Right Now’ is from Sigrid’s debut studio album Sucker Punch, released via Island Records in March. The LP hit #1 in Sigrid’s home country of Norway, Top 5 in Scotland, Ireland, and the UK, and #3 on the US Heatseekers chart. In Australia Sucker Punch peaked at #84 on the ARIA chart – but we’re hoping this cinematic vision gets Aussie listeners further on board.