Singapore: Inside Out names all-female list of performers for SGMUSO Showcase

The second edition of Singapore: Inside Out is set to hit Sydney in just under a month, serving as an opportunity for some of Singapore’s most creative to be brought to the forefront of international attention. Now, the festival has announced its list of performers for its 2017 SGMUSO Showcase.

Taking over Kensington Street, Chippendale from November 3rd to the 5th, Singapore: Inside Out is set to show the people of Sydney just what Singapore has to offer in terms of creativity, with its best and brightest bringing their respective areas of expertise to the world. Encompassing all avenues, from music, to design, and even to architecture, Singapore: Inside Out is set to be one of the most vibrant and creative items on the Australian cultural calendar.

One of the highlights of Singapore: Inside Out is the live showcase from The Music Society, Singapore. Serving as a platform for some of the most successful artists from Singapore to share their talent with a captive Sydney audience, it is undoubtedly going to be a memorable experience.

While the SGMUSO Showcase was initially going to just consist of two artists, the festival organisers were so impressed by the quality of its applicants that they felt they had no choice but to expanded the lineup. Now, coming to Sydney for the SGMUSO Showcase will be none other than Sam Rui, Linying, and MAS1A.

Downtempo electronic musician Sam Rui has had a brilliant few years, with her track ‘Boys’ tearing up Spotify’s Fresh Finds Playlist after hitting 200,000 plays in just a week. Her performance at the SGMUSO Showcase will be her first visit to Australia.

“I’m excited about playing this show in Sydney because it’s always a surreal feeling to see the music I made here in Singapore being able to create an response in an audience so far away,” she said. “It’s very heart-warming to know that my music and my voice – an intangible thing – can become something that enables me to cross a physical boundary like that.”

Likewise, Linying has seen huge success around the world, landing her a spot on the SXSW lineup, and even visiting Australia as part of Melbourne Music Week and the 2016 Queenscliff Music Festival. Meanwhile, MAS1A is has been dubbed the ‘Queen of South-East Asian Hip-hop and Reggae’ by VICE/Noisey, and has collaborated with the likes of Pharrell Williams, and Wu Tang Clan’s RZA in the past.

Undoubtedly, these three artists perfectly represent some of the brilliant music coming out of Singapore, and the best part is that they’re all coming to Sydney to show their stuff.

Singapore: Inside Out takes place in Chippendale from November 3rd to the 5th. 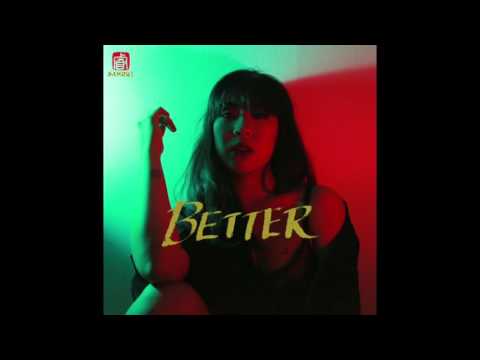 Singapore: Inside Out Sydney 2017