In recent news, Aussie surf-punk favourites Skegss have just signed with Loma Vista Recordings, the US label home to iconic artists that we love, like Denzel Curry, St. Vincent, Marilyn Manson and so many more.

Alongside this new and exciting signing for the band, the trio will be re-releasing their highly successful 2018 album, My Own Mess, this time on an international level. The re-release is slated for August 23rd, 2019.

On top of this, Skegss are also heading back to our friends in the US, with massive headling dates across November, including stops at LA’s El Rey, Chicago’s Bottom Lounge and NYC’s well-loved Bowery Ballroom. We couldn’t be more excited for the boys, as these tour dates will be their biggest rooms yet in the United States.

Listen to the incredibly addictive (no pun intended) ‘L.S.D’ below: 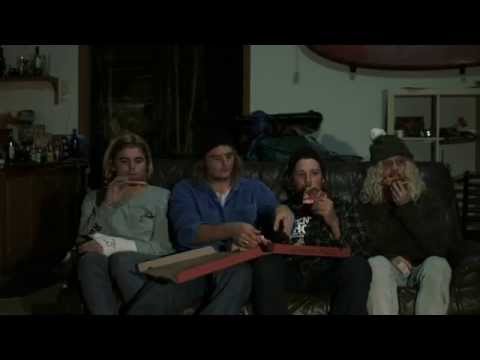 “We’re very excited to be working with Loma Vista. Their history of signing phenomenal talent and passion for helping nurture creativity is undeniable. It’s an honour to work alongside the Whalley’s and their amazing team.”

Meanwhile, the Loma Vista Label Head head himself, Ryan Whalley, had something to say on his love for our boys, stating:

“After falling in love with their music from afar, I caught their headlining sets at Laneway this past February. The guys just seem like people I would hang out with and surf with back in California.  So we hit it off right away.  But in addition to the hang and the top-level team around them, it was their talent in record-making and how they ignite thousands of fans at their shows that convinced us Skegss were a band we needed to work with around the world. It was a no-brainer.”

We’re incredibly excited for Skegss, and cannot wait to see what they do next with their new label signing.