As an Aus songwriter for Justin Bieber, Katy Perry & Nicki Minaj, this is your sign to keep going

Leah Haywood is singer, songwriter and producer who has worked with Justin Bieber, Katy Perry, BLACKPINK, Nicki Minaj, and others. I, like most people, have a love-hate relationship with the unpredictability of life. You have a dream, you visualise it, you plan, you control, you get your grubby hands all over everything, and work tirelessly to make it happen. Then, life does its thing and tells you how and what’s going to happen…

When I moved to America in the early 2000s, all I knew was that I wanted to keep building off my music success in Australia, forever grateful to leave there with three pop hits and a Best New Artist nomination. Throughout the making of my record with Sony Australia, I was able to travel all over the world, and in the process, built relationships with some of the most revered songwriters and producers in pop music.

I moved to the U.S to continue the artist life—only bigger and better, but of course, it didn’t happen exactly as I had planned.

When I arrived, I walked out of LAX into the offices of several labels who had heard my new material and wanted to make offers. The opportunities seemed limitless but at that time, there were a lot of label acquisitions, mergers, and staff layoffs depending on who bought who. Again, life had other plans and most of my opportunities got caught in the crossfire and fizzled. But, my hope and passion didn’t.

I never had any doubt I would make another record, I just had no idea of the timing. My hubs (collaborator and the other half of Dreamlab) and I had to be resourceful to pay rent in those early years, so we swallowed the humble pill and wrote and produced craigslist demos for $250 a pop. One of those Craiglist gigs led to an introduction to Mike Post, considered one of the biggest TV composers of all time. Mike heard our productions and asked to meet. He had a few artists he was representing and was looking for someone to develop them. One of those artists was the duo Aly and AJ, who we helped grow and get signed to Hollywood Records.

They subsequently went on to sell almost a million records, which yielded our first top 40 Billboard hit in America. Following that, we signed with ass-kicking representation and the focus became songwriting and producing for other artists. I was happy to roll with it, and I guess over the next however many years, I was stoked to be behind the scenes. My time was my own, rolling outta bed when I wanted, and making good money doing what I loved.

Some time later, I traveled to Australia, where the magic happens, and during a long drive, I looked out the window and I had this wave of exhilaration hit me… ”It’s time to make a record”. I felt ready, I felt inspired.

When I got home, I started making tracks with sketches of melodies and lyrics. I loved the tracks and I loved the sound, but I could NOT nail the lyrics. It’s like something hadn’t cracked in me yet. It felt cryptic and contrived, chasing trends, which became a source of frustration. I hated that I couldn’t write my story. As much as I wanted to, I was not about to release something I couldn’t stand by. So, I put the pen down.

Over the next few years, I kept the grind going, working with other artists, and honestly forgot about my own music. I was happy, fulfilled, and had become a mum to two amazing little girls.

Then, one day, I’m driving down Ventura Blvd, and I get a chorus in my head. It was MY story— about a time in my life when we’d lived in New York, and I got the whole hook in one piece. Then the verse popped out with lyrics, melodies, the whole damn thing. The lyrics were filled with streets we had lived on, bars we had frequented, something NO ONE else could sing, and while I’m humming the voice note, I’m hearing the production in my head.

That was the first song on my record and the catalyst to open myself up to a NEW way of songwriting. I wasn’t trying to be cryptic or cool, I was being super conversational and raw, and every way the song FIT together felt right.

I was still checking the boxes of rhythms and rhymes of pop music but it was 1000 percent me and my story. It felt inspired and effortless and I was absolutely compelled to go all in. This was the first time I had FULLY self-produced anything, as most things up to this point were collaborative.

I made a deliberate decision to do it alone because female producers are rare in the industry, and this was part of my story. It was also my Declaration of Independence. I didn’t want other opinions on the songwriting or the production. I wanted this project to be mine, and mine alone. To be 1000 percent authentically me, without diluting the story or the sounds I had in my head.

‘New York,’ that first song that came to me on Ventura Blvd., became a full production. I shared it with a few people and the response was wild. I was excited. THIS WAS IT. THIS WAS THE SOUND I’d been looking for my entire life. Shortly after, I got another FULL chorus on the edge of sleep called, ‘Thinking of God’. Again, an entire lyric, melody, and track idea all in one hit.

I put all the ideas onto my voice notes and got started on it. Played it for some friends and got another major reaction. Then came, ‘Backbeat’. Lyrics, melodies, track, you get the idea. This is how the whole record has played out. One song after another, presenting itself as a fully realised idea.

While I was on this creative journey, out of the blue, we (Dreamlab) landed Katy Perry‘s first single, ‘Never Really Over’, which we co-wrote and co-produced, and which became a worldwide hit. We then sign a publishing deal with Sony ATV, and around the same time, my manager (Myles Shear), partners with Kygo in a record label called Palm Tree Records, a joint venture with Sony Worldwide.

Myles was a fan of my solo project. So, when I expressed that I was ready to get it out into the world, he signed me to the label—without hesitation. I wrote, ‘Cheers to Us’, and asked my friend Jackson from Loote if he would sing it with me. It became the first single, and a week before it dropped, Justin Bieber released his number one album, Justice, with OUR song ‘Off My Face’ on it! WHAT!!! Did the stars just align?

Check out Haywood’s single ‘Cheers To Us’: 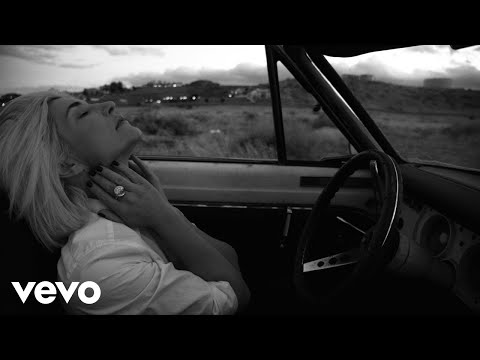 I don’t ever want to put a song out that doesn’t make me sizzle down to my core. It has to have the magic otherwise what’s the point. I’m so glad I waited and didn’t rush something that wasn’t ready. Life is predictably unpredictable and I’ve learned to roll with the punches and live from a very philosophical standpoint (what will be will be) which helps me stay thankful and grounded.

I’m insanely grateful for this new era in my journey and the one thing that will never change is, I LOVE music. I LOVE making music. I will forever make music, and I feel so blessed to be doing it on my terms.

Leah Haywood is singer, songwriter and producer who began her solo career with success in her hometown in Australia. With her husband Daniel James, Haywood formed record producing and songwriting team Dreamlab Music, which has seen her work with Justin Bieber, Katy Perry, BLACKPINK, Nicki Minaj, Demi Lovato, Selena Gomez, and others. The first single from her solo project Haywood is ‘Cheers to Us’, a duet featuring Jackson Foote from the pop duo, Loote.