Also in the deal, Sony Music scoops up all JWM’s ownership interests in the first two solo albums by frontman Darren Hayes, 2002’s Spin and 2004’s The Tension and the Spark, both released through Sony label Columbia.

It all means, for the first time Sony Music U.S .and Sony Music Entertainment Australia own the Savage Garden catalogue, which includes the hits “Truly Madly Deeply,” “To The Moon and Back,” “I Knew I Loved You” and “I Want You” and more.

It’s easy to forget just how huge Savage Garden were. The globe-trotting duo of Hayes and instrumentalist Daniel Jones, both from Logan City, south of Brisbane, enjoyed that rarest of fruits: U.S. chart domination. And they did it not once, but twice.

Watch the clip for “Truly Madly Deeply” below:

The band’s two studio albums, Savage Garden and Affirmation, topped the ARIA chart and landed in the top ten in the U.S. and U.K. and have sold upwards of 23 million units combined.

The pair disbanded at the end of 2001, after which time Hayes embarked on a solo career which has yielded two million album sales worldwide, according to Sony Music.

In the same year, APRA published its Top 30 Australian songs list in celebration of its 75th anniversary. “Truly Madly Deeply” made the cut.

“I have immense respect for these incredibly talented musicians who I have known for more than two decades. It is a privilege to take on responsibility for the Savage Garden catalogue and Darren Hayes’ first two solo albums, and I look forward to bringing these incredible recordings to people of all ages all around the world with respect, creativity and passion.”

Watch the clip for “I Want You” below:

Financial terms of the deal were not disclosed. Though Handlin paid tribute to the company’s founder, the celebrated manager and record company executive John Woodruff.

“I first worked with Woody in his pioneering days with great Australian rock band The Angels and on many other projects since then,” he recounts. “Nearly 40 years since we first met it feels like we have come full circle. It was a pleasure to have the opportunity to reunite with him on this deal.”

In a statement announcing the deal, Woodruff thanked Hayes and Jones for the music:

“Darren Hayes and Daniel Jones represent all the best reasons as to why I was attracted to a life in music. Two very young people, with a heady combination of innocence, astounding raw talent and a sheer blind faith in a dream,” he explained.

“How often was I heard to remark, ‘There is a God’, as one record company or another refused to show faith in a wonderful song-orientated band, and Christine and I were forced by circumstance, in the middle of the grunge era, to put up our own resources and become our own record company, to help expose Savage Garden to the World.

“With a lot of help from Charles Fisher, we made a record in his living room in Rose Bay, over a 6 month period, which was destined to take the World by storm and change all of our lives forever.”

Woodruff says he and his wife and will now sail on to “our next life.” It’s “very fitting that the music continues to flourish with Sony, the first international company that showed the faith right after Roadshow in Australia had so assisted at the christening,” he enthused. 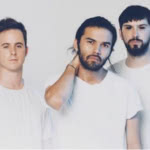