In a move that encapsulates everything we love about the competitive streaming market, Spotify is launching a new content series titled Traffic Jams.

“One rapper. One producer. Create an original song. While stuck in LA traffic. They have just hours before they perform it live,” says Spotify in the promo clip, below. 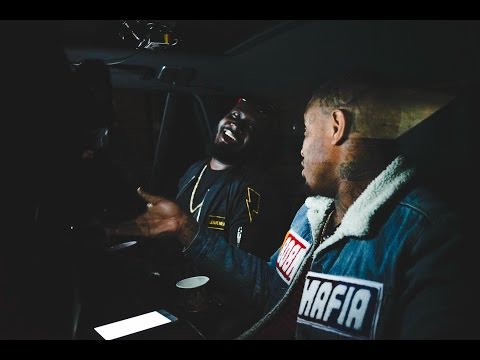 The idea sounds familiar because it is. Spotify’s biggest competitor, Apple Music, purchased the spin-off to James Cordon’s Carpool Karaoke segment on his The Late Late Show last July. The upcoming 16-part series will be exclusively windowed for Apple Music subscribers.

Regardless, Traffic Jams is a welcome piece of content that will provide insight into the songwriting process of established artists like Joey Bada$$ and highlight emerging talent along the way too.

Plus, it was created in partnership with Russell Simmons’ All Def Digital and hosted by comedian DoBoy, a.k.a. Fat Drake, who drives the SUV while the talent gets to work in the backseat.

Launching next week (April 4), with an episode featuring T-Pain and Southside, the series is part of Spotify’s inaugural slate of original programming.

“Our team at All Def Digital has been doing an incredible job developing and producing a variety of new series and formats across music, comedy and culture,” said Russell Simmons. ” Traffic Jams is an exciting new premium series that shows off true talent – recording artists and producers – and their ingenuity, creativity and personalities.

“It has improvisation, it has performances, and I’m pretty sure it will spawn a few new hits too – it’s amazing and Spotify is the perfect platform for it,” he added.

Tom Calderone, Global Head of Spotify Studios, said: “Working with the All Def Digital team, we were able to produce a best in class hip hop series that tells stories that have never been told before and takes the musical performance format to another level.”

See below for the full line-up: