Spotify has unveiled ‘Your Daily Drive’, its latest feature, which apparently aims to mimic the experience of radio.

Ask anyone who has spent time commuting, and they’ll agree that the boredom of the whole experience can weigh on you pretty heavily.

For years, those stuck in cars would find themselves listening to the radio, while those on public transport would eventually trade newspapers and books for personal music devices.

However, with services like Spotify, we’re now a bit spoilt for choice as we shuffle around between music, videos, and playlists. Now, the service looks to bring us back to the old days, offering up its Your Daily Drive feature for the dreaded morning commute.

We put the music you love and the news you need in one playlist for your commute.#YourDailyDrive is ready to roll. Get yours 🚗💨https://t.co/xDrN45bzkE pic.twitter.com/fnzyVjkioC

Debuting today in the US, Spotify’s Your Daily Drive feature allows listeners to “make that time fly by, stay up to date on the world around you, and maybe even rock out to a few timeless classics.”

“It’s a new Spotify playlist that combines the very best of news talk shows, including the relevancy and personality of the hosts, with the best of audio streaming (on demand, personalized playing and discovery),” the company wrote in a statement.

“It combines music you love with relevant, timely world updates from reputable sources – all put together in a seamless and unified listening experience.”

So what does Your Daily Drive provide you with? According to the site, listeners will be treated to “short-form podcast news updates from Wall Street Journal, NPR, and PRI,” a mix of old favourites and new discoveries, updates to both music and news throughout the day, and an ability to “escape from toggling between multiple stations to avoid music that isn’t quite your speed.”

Of course, while this new feature effectively serves as something of a curated version of the wireless, it does seem a little odd that after years spent complaining about the music played on the radio, the musical revolution that is Spotify has basically bought it right back (albeit with a twist).

At this stage, it’s not clear when or if Australians will get access to the Your Daily Drive feature, but we’ll be interested to see which services are included in the podcast news updates section.

Check out Spotify’s announcement of Your Daily Drive: 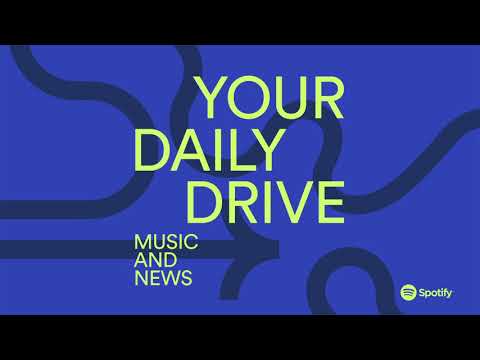