The Abbey Road Institute is forging forward in Australia, once again partnering with Sydney’s Studios 301 to link students with industry-standard tools and experience to further their careers.

From what began as Abbey Road Studios in London, England in November of 1931 to what it’s become now – a world-renowned music studio as well as an institute for students to find their path in the music industry – the collection of esteemed music producers, professors, and multi-talents have expanded to incorporate Sydney in their throng of locations, while also partnering up with Studios 301 to bring the offer the combined experience and resources of both world class studios.

With their Advanced Diploma of Music Industry arriving on Aussie shores, Abbey Road Institute will be taking their expertise and fine tuning students to make their own way through the music industry with the best knowledge in tow.

Designed with the industry in mind, the Advanced Diploma of Music Industry takes students’ budding knowledge of music production and sound engineering to the next level. Abbey Road Institute’s profuse understanding of the arts with “innovative recording techniques and training assistant engineers” will lead students towards becoming “well respected sound engineers and producers in their own right.”

Now, with Studios 301 in tow, the Abbey Road Institute’s Advanced Diploma of Music Industry is in a league of its own – offering key skills, music industry experts, and Studios 301’s pro-grade equipment to students disposal for mastering the art of production and engineering.

Abbey Road Institute CEO Ron Haryanto has expressed immense excitement for the partnership, exclaiming that he “can’t help but get excited and passionate” about it:

“For years Studios 301 has been regarded as Australia’s most iconic and longest-running studio, the benchmark for excellence in the industry for engineers and producers. To be partnered with Abbey Road Studios, the world’s most famous studio and their production course is exhilarating,” he stated.

“Being the person building the Abbey Road Institute school in Sydney and the person who oversees Studios 301 makes the two brands’ synergy so much smoother. This collaboration includes the Studios and the fantastic community of engineers, producers, partners, industry people, artists, all of that talent that comes to the studios; we can actually share that as well.”

While also building an academic team to coach along students filled with Grammy-nominated and award-winning engineers and producers, his goal is to see students also make their way to the top of the music industry, as well.

“They have all been interested so far because they understand the proposition of what it means to be involved with both brands and what we’re building. It’s exciting because these people are still in the industry at the top of their game, wanting to be a part of this thing.”

The Advanced Diploma of Music Industry is a 12-month course aimed at students who wish to take their industry knowledge to the next level, and become experts in their field. With access to industry-standard equipment and studios, students will hone in on understanding the fundamentals of music business and marketing strategies, time management when it comes to music production projects and group-based collaborations, and also how to utilise tools for a multitude of techniques such as performing, creating, editing, recording, mastering, and mixing music.

Abbey Road Institute has a unique teaching method dubbed Progressive Continuous Learning, where students are taught in apprenticeship style, with hands-on lessons in all modules of study, ensuring that students become and remain confident in their minds as well as on the equipment. 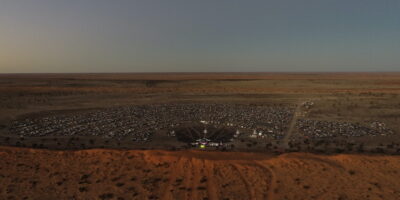