Sydney has already gone into post-lockout mode, and here’s how The partial roll-back of the Sydney lockout laws doesn’t click on until Tuesday, January 14th, but the NSW and national live sectors and powerful friends in politics have hit the ground running with initiatives on turning Sydney into a 24-hour global city.

The Night Time Industries Association’s chair Michael Rodriguez told TIO, “There’s been such an overwhelmingly positive response from our members for the potential of Sydney’s revival.

“We’re being offered a material change, not an immaterial one.”

The NTIA is working on a number of schemes with the City of Sydney.

One is a study of businesses in the City’s precinct, “to research their capacities, what skills are lagging, and what initiatives are needed to increase the night time offer and encourage people of all ages to come out into the city at night.”

The two are working on more diversified night time opportunities.

The NTIA has put its hand up to be included in an Industry Advisory Group and be part of the development of an Exposure Draft Bill with Liquor and Gaming to draft changes in licensing and alcohol regulation.

Elsewhere in the sector, further discussions are on feedback from last month’s Global Cities After Dark conference.

Delegates were encouraged to come up with one-year, five-year and ten-year target plans while post-lockout workshops and superville-hypotheticals tapped into fresh snapshots.

John Graham, shadow minister for Night Time and The Arts has already given notice to Parliament of the Right To Play Live Music bill.

Check out a news report on the lockout laws: 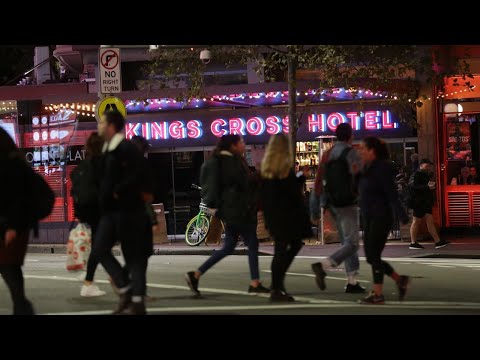 Over the summer, he and his Labor colleagues will draft the bill to get rid of “hundreds of archaic” clauses in liquor licences that put strict restrictions on bars, pubs, clubs and restaurants.

Many of these came into being decades back, and are no longer relevant.

Some venues are not allowed any kind of live entertainment, others allow folk or blues duos but not rock music, and some are specified to only book country ‘n’ western acts.

The more ridiculous ones specify how many musicians can be onstage at one time, and even which way they should face the audience.

The Yagoona Tavern in Yagoona was once allowed live music on the condition that “any amplification used will have a switch to take out the bass sound.” The Stoned Crow in Crows Nest had to ensure that all amplification be no more than five on the scale.

Earlier this year, Surrey Hills Japanese karaoke bar Goros asked if it was okay to hang up a mirror ball, and was told that would make it a “nightclub” and hence would face restrictions like no glassware after midnight.

Most of the live sector reps contacted by TIO said a positive upshot of the roll-back was that future changes come under minister Stuart Ayres, whose portfolio also includes tourism and Western Sydney.

Its chief executive Dean Ormston said, “Government investment and support of cultural and live music activity in city centres not only promotes safer night time economies, it proves to be a major drawcard for tourism and visitation.

“Sydney‘s reputation as an international destination has suffered since 2014 but it’s not irretrievable.

“We look forward to working with the NSW Government on a rejuvenated vision for Sydney as a globally vibrant and liveable city.

“To do this we must set our sights high for Sydney and what makes it unique.”

Labor’s John Graham had a slightly different take on how the next moves on the chess board should play out.

He argued that given that the legacy of the lockouts are “the loss of nearly five hundred small businesses, including a 50 per cent reduction in the number of our key live music venues” a more concerted effort was needed for the rebuild.

He wanted the government to appoint “a dedicated minister for the night time economy, not a part time manager of the government response to this (Joint Select Committee) report.”

The shadow minister earlier agreed with this writer that the state government make amends with a funding scheme to help the live sector reconstruct.

In the five years since the lockouts and testifying at a number of parliamentary inquiries, the NSW sector learned that fostering close relationships with regulators very often produces the results one wants.

The Victorian music industry sussed this out years ago.

This will be particularly important when lockouts in Kings Cross come up for a review in a year.

But more, the NTIA’s Rodriguez pointed out, “Government regulations are just part of the dialogue we in the industry are having about Sydney after dark.”

With trends as a move towards low-or no-alcohol drink options, increased competition from the lazy stay-at-home option from Netflix and Uber Eats and greater patron expectations of diverse options, the sector is working out how to devise more compelling offerings.

As part of the lockouts repeal, the capacity of small bars was increased from 100 to 120.

Karl Schlothauer, chair of the NSW Independent Bars Association, told hospitality sector’s trade title The Shout, “Small bars have changed the way we drink and go out in Sydney.

“We have some of the best bars in the world and (the announcement to increase our patron capacity to 120 means that more people will soon be able to enjoy what we have to offer.”

Jake Smythe, co-founder of Mary’s Group which operates Mary’s, Mary’s Underground and The Lansdowne, said in a statement: “I am … so aware that the job is nowhere near complete.

“We have had our arms untied, so we ain’t fighting with just our teeth anymore, but we need to have the government fighting not just shoulder to shoulder with us, but ahead of us – clearing the way and setting the entire city for up for success.”

“The hard work has begun. We encourage the government and the City of Sydney to now work in partnership with industry to develop a broad based strategy to support existing live music venues while also incentivising the development of new venues, whether they be in existing cultural institutions, restaurants, small bars or in new exciting spaces.”

“APRA AMCOS data shows that there has been a 50 per cent decline in venues primarily dedicated to live music in the City of Sydney local government area since 2014.

“In just the last twelve months, Canberra and Perth have tabled plans for special entertainment precincts similar to those created in Brisbane.

“The government will remove the 1:30am lockout everywhere except Kings Cross, however, it will not remove cease of service times, instead pushing the time back to 3:30am.

“We will continue to fight on these fronts.

“The outcomes are mainly positive but the Australian Hotels Association (NSW) is disappointed that the government has not implemented the removal of the CBD last drinks measures recommended by the Committee.

“We look forward to the review in 12 months and remain committed to working with government and all stakeholders to help create a safe and vibrant Sydney and King’s Cross” – John Whelan, CEO, AHA NSW.

Check out The Weekly’s take on lockout laws: 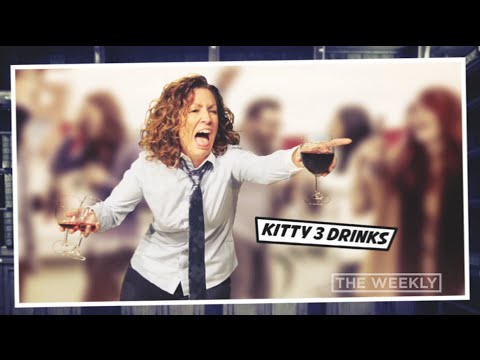