It's been a week since the release of Rolling Stone Australia's 200 Greatest Australian Albums of All Time list, but what are some of the biggest takeaways? A week on from the release of Rolling Stone Australia’s 200 Greatest Australian Albums of All Time list, and there’s been endless discussion, countless comments, and a debate that will rage on until the next time a list such as this drops. But what are some of the biggest takeaways from the list?

Yes, it was just last Monday that Rolling Stone Australia unveiled its ranking of the 200 Greatest Australian Albums of All Time, and since then, the conversation has been constant and fiery. Does AC/DC really deserve to be up the top of the list? Is Delta Goodrem really better than Yothu Yindi? Why isn’t Kylie Minogue’s Impossible Princess in the list?

Well, those are undeniably great questions (and the final one can be partially answered by taking a peek at the equally-large list of honourable mentions), but what did we learn from the list? What are some of the big things that we took away from such an ambitious and sizeable undertaking?

If you’re keen to check out the full list of Rolling Stone Australia’s 200 Greatest Australian Albums of All Time, you can do so by heading over to their website. But in the meantime, after going over the list with a fine-tooth comb, we’ve discovered that…

From a logical point of view, it would be almost too easy to carve out a list such as this by simply grabbing the best-selling Australian albums ever, right? By that logic, we’d still have AC/DC atop the list thanks to its status as the second highest-selling record worldwide, while John Farnham’s Whispering Jack would still follow closely behind.

But the thing is, the list’s metric was designed to focus on the impact of the album rather than its sales or commercial performance. To prove this, let’s take a look at The Avalanches’ Since I Left You. Critically acclaimed by tastemakers upon its release, the record didn’t quite catch fire at the time, peaking at only #21 on the ARIA charts.

In the years since, it’s been cited as one of the finest records to come out of Australia, viewed as an important document in the evolution of sample-based records, and seen as an example of how intricate production and an ear for the esotericism can provide some of the most unexpected and beautiful music of all time.

But even then, more than two decades of reverence and acclaim hasn’t seen the record hit the top spot on the charts, with its 2021 release seeing it peak at #5 just months ago. Even some of its contemporaries in the top ten of the list never hit #1 (INXS’ Kick and Cold Chisel’s East peaked at #2 upon their release), but that doesn’t negate their impact on both a local and international scale, does it?

Maybe – to paraphrase Michael J. Fox in Back To The Future – music-lovers just weren’t ready for it at the time, but our kids are gonna love it.

Check out The Avalanches’ ‘Since I Left You’:

As the dust around the list settled and initial opinions were replaced by curiosity, it soon became apparent just who the big winners on the list were, and it wasn’t just AC/DC’s Back In Black.

In fact, a look through the list soon shows a fondness for the likes of Silverchair and Nick Cave & The Bad Seeds, who each appeared five times. While Cave and Co.’s peak was 1996’s Murder Ballads at #13 and 1988’s Tender Prey was their lowest at #137, a surprising entry could be found by way of their most recent record, with 2019’s Ghosteen just cracking the top hundred at #97, and serving as a testament to its impact.

Of course, Cave could also be viewed as the artist who came out on top overall, with another appearance credited to his status as the frontman for The Birthday Party, whose 1982 album Junkyard hit #72.

Meanwhile, Silverchair were among a rare selection of artists who featured with their entire discographies. While the likes of Flume or Gang Of Youths may have gotten both their studio albums into the full 200, Silverchair’s feat was all the more impressive given their five-record career. Their 1995 debut, Frogstomp, was the best performer, hitting #6, while final album, 2007’s Young Modern, book-ended their appearances over at #133.

Despite the prevalence of pop music in the ARIA charts over the years, it appears as though Australian music-lovers are still infatuated with rock music and all its related form. While AC/DC might have topped the list with their hard-rock powerhouse Back In Black, one needs to go all the way to #8 before they find a stylistic variation by way of The Avalanches’ Since I Left You.

Of course, that’s not to say the list is full of distortion and aggression, especially given the appearance of comparatively softer variations of the rock formula (including the blissful new wave-influenced self-titled debut by Crowded House at #7, or The Go-Betweens’ jangly 16 Lovers Lane at #15), though it’s fair to say that guitars are quite a presence throughout the list.

Check out Crowded House’s ‘Mean To Me’:

…But pop music isn’t without its charm

Yes, while the majority of the top ten might seem like a formula for moshpits or earplugs, it’s impossible to go past the presence of more pop-influenced artists throughout the list. While both Savage Garden’s self-titled debut and Kylie Minogue’s Fever round out the top ten with their classic chart-topping records, it’s not hard to find other examples of the world of pop music throughout the list.

In fact, 5 Seconds Of Summer’s self-titled debut scored big at #17, while Sia’s massive 1000 Forms Of Fear reached #21. Meanwhile, records from artists such as Tina Arena, Amy Shark, and Thelma Plum all helped to prove that it’s not just distortion and drum solos on the list, with the likes of The Whitlams and Missy Higgins even showing that popularity can be possessed due to a proficiency at the piano.

Meanwhile, names such as The Kid LAROI, Sampa The Great, the Hilltop Hoods, and A. B. Original helped showcase a fondness for hip-hop, while names like Dr G Yunupingu and the Dirty Three proved that there’s beauty in sparseness, with their respective records shining bright due to letting emotion and power filling the tracks.

Check out Kylie Minogue’s ‘Come Into My World’:

As time has gone on and technology has helped in the advancement of music creation, so too have we seen more and more artists decide to go it alone. Yes, in recent decades the concept of a self-produced album has become all the more popular. Sure, electronic artists are almost synonymous with the practice, but even a few of the traditional rock bands have found themselves getting in on the action as they’ve discovered they don’t need to recruit outside help to craft the album of their dreams.

However, what this list shows is that while 15% of the list (that is, 30 entries) are self-produced records, the practice has become even more popular over time. In fact, while only five of these 30 entries are before the year 2000, 16 of them are from the last 11 years alone.

Indeed, artists like Pendulum, Flume, Gotye, Tame Impala, and Chet Faker have flown the flag for self-reliance, while the practice looks to only become more popular as time goes on.

The earliest self-produced records in the list come by way of The Saints’ 1978 album Prehistoric Sounds and The Reels’ Quasimodo’s Dream from 1981.

Crowded House’s first two records make the list under a technicality, given that producer Mitchell Froom was technically outside help at the time of their creation, but these days, he’s a fully-fledged member of the band. The same goes for PNAU’s self-titled, which saw Sam Littlemore on production before he joined the group.

Here’s the full list of solo producers that made the countdown, for your consideration:

What was the best decade of Australian music, or even just music in general? The truth is, that’s an impossible question to answer, with your opinion likely informed by when it was your formative years were spent. As such, those growing up in the ’90s could cite the end of the 20th century as the greatest decade, while those born within the last decade could claim today’s music is the best in about two decades time.

But according to Rolling Stone Australia, the correct answer is the Noughties. All opinions aside, 26% of the list was released within the years spanning 2000-2009, with 52 entries being released within the first decade of this century. Meanwhile, the ’00s and the ’90s aren’t too far behind, with 45 and 43 entries each, respectively. The ’80s have 39 entries, while the ’70s feature with 16, and the ’60s with five.

Interestingly though, the year with the most records released was 1991, though the average year for an album in the list was 1997. Maybe it’s time to don the flannel as we take a look at…

Check out Tame Impala’s ‘The Less I Know The Better’:

One of the most interesting entries in the list was undoubtedly that of The Kid LAROI’s 2020 mixtape, F*CK LOVE. The reason for its interest is that it is still in fact a current album, thus raising questions about whether it deserves to be named amongst the greatest Australian albums. Meanwhile, Lime Cordiale’s 14 Steps To A Better You also made the list, having been released just two weeks before The Kid LAROI.

So what does this mean? Does it mean that the list’s entries were clouded by the fact that The Kid LAROI won Best Artist at this year’s ARIA Awards, or that Lime Cordiale received eight nominations at last year’s awards?

Not necessarily. Rather, as we discussed near the start of this piece, the list was designed around the important metric of local and international impact. Thus, it seems only fitting that a record such as The Kid LAROI’s, which launched the career of the 18-year-old, Grammy-nominated Gamilaraay man, be included in a list which discusses impact and importance. The same goes for Lime Cordiale’s, which saw a band with almost no radio play manage to win the Breakthrough Artist award more than a decade into their career.

It remains to be seen whether or not we’ll still be talking about The Kid LAROI or Lime Cordiale in another five years, let alone another 20, but at the time of the list’s creation, it discussed two artists who were making massive waves, despite the recency of their respective records’ releases.

Check out The Kid LAROI’s ‘GO’: 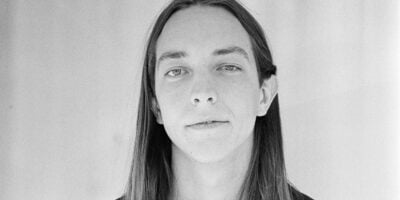