The Teskey Brothers are making a run on albums charts on both sides of the globe with their second LP, Run Home Slow.

In Australia, the group are virtually assured of their first Top Ten. Run Home Slow is tracking for a top 3 berth ahead of the publication of the weekly ARIA Albums Chart this Saturday, with Ed Sheeran’s No.6 Collaborations Project likely to bag top spot.

The Melbourne band is also on target for their first appearance on the U.K. albums chart, with the new set opening at No. 26 on the midweek survey, where it’s released by Decca. Based on midweek U.K. data, Run Home Slow is ahead of new releases from U.S. rapper Lil Durk, prog-rock legends Yes and others.

The Teskey Brothers, ‘So Caught Up’ 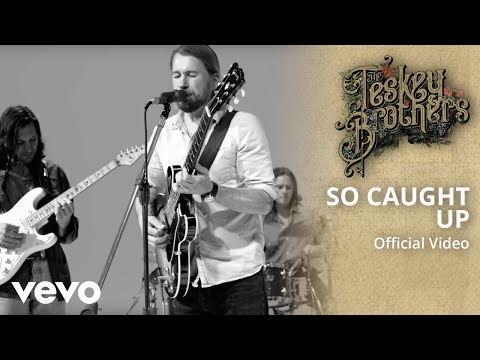 Run Home Slow is the the followup to the bros’ self-produced, ARIA Award-nominated 2017 debut Half Mile Harvest, which cracked the top 20 on the ARIA Chart and snagged No. 1 on the Australian Independent Record Labels Association (AIR) tally.

Hailing from the Yarra Valley, The Teskey Brothers are legit road warriors, having cut their teeth as buskers in Melbourne.

The four-piece toured relentlessly over the past last two years, including a run of recent headline shows across North America and slots on an array of festivals, from Latitude Festival (U.K.) to Firefly (U.S.), Bonnaroo (U.S.) and, more recently, Splendour in the Grass. And they’re not done yet.

The band, comprising brothers Josh Teskey (vocals and rhythm guitar) and Sam Teskey (lead guitar), alongside Brendan Love (bass) and Liam Gough (drums) have also enjoyed stints on the ABC Breakfast couch, The Project and CBS’ Saturday Sessions in the U.S., and their slow-burn set has enjoyed Album Of The Week status on Double J, PBS, 2SER and elsewhere.

The pieces have all fallen in place, with the group inking a global publishing deal (outside Australia) with Downtown Music Publishing late last year, after signing with Mushroom Music Publishing and Ivy League in Australia and Glassnote Records for other territories.

They’ll complete another trans-Atlantic run of live shows late September, after which time they’ll head home for a national tour in support of the new record, kicking off Nov. 1 at Sydney’s Metro Theatre.