The Veronicas have taken to social media to laud Good Things festival for their stellar approach to booking them on the 2019 lineup.

For years now, there has been plenty of criticism directed at music festivals both here and abroad for their booking practices.

While we often see lineups that are rather male-dominated, female artists have at times found themselves relegated to lower spots on the bill, while being offered fees that less than what male artists might have been paid.

In fact, Camp Cope tackled this issue head-on last year, calling out Falls Festival for such practices with an onstage message to organisers.

“When Falls was announced we made up for one-third of the women on the lineup… it was incredibly disappointing,” explained Georgia Maq. “I’m glad to see they’ve added more women but they play earlier on smaller stages and they’re paid less.”

Although this stand was met with a sadly-expected backlash online, it opened up a dialogue that the Aussie music scene needed to have, and helped to shine a light on the wholly unfair situation non-male performers usually find themselves in.

Shout out to @GoodThingsFest who were the first to offer us a high billing slot on a festival this year, without trying to undercut our usual fee & matched the same as our male counterparts, while taking the risk to put us on a Alt festival.
RESPECT @chriswhatavibe 🔥

Earlier today though, the Good Things festival announced the lineup for its 2019 return. While names like Parkway Drive, A Day To Remember, and Violent Soho serve as headliners, observers would have noted that in the 10th spot – between Karnivool and Coheed And Cambria – is none other than The Veronicas.

While some might not have expected The Veronicas to be on a festival bill that features the likes of Bad Religion and Trivium, the duo have since taken to Twitter to publicly thank Good Things’ promoters for being the change we wish to see in the Aussie music scene.

“Shout out to Good Things who were the first to offer us a high billing slot on a festival this year, without trying to undercut our usual fee & matched the same as our male counterparts, while taking the risk to put us on a Alt festival,” the Origliasso sisters wrote.

Although placing a pop-oriented act like The Veronicas on the Good Things lineup is indeed being seen as a risk by some, there’s no denying that festival organisers went about it in the best way possible.

In addition to making The Veronicas the highest-billed female acts on the lineup, organisers did so by ensuring the duo got the fee that they deserved, and made sure they were paid an equal amount, undoubtedly asserting themselves as a festival that cares for and respects the artists they work with.

While we might have begun 2018 by wondering what we can do about the issues faced by non-male artists on Aussie festival lineups, it looks as though we’ll be leaving 2019 knowing there is now a precedence of things moving in a positive direction.

If anything, it’s a sign of the Good Things to come for the Aussie music scene.

Check out ‘Think Of Me’ by The Veronicas: 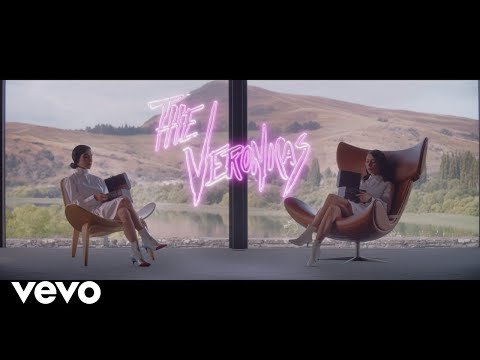 Tickets on sale from 10am local time on Thursday, September 5th
Pre-sales kick off at 10am on Tuesday, September 3rd
Check out the festival website for more info