TikTok behaving as an A&R. It's also growing the pie, creating an ecosystem that didn’t exist just two years ago. The story of TikTok has been as unlikely and dramatic as Game of Thrones.

And like the writers of that blockbuster sword ‘n’ sorcery series, the short-video platform has done something no one saw coming. It’s turned pure evil into the good guys in a matter of months.

TikTok are now the goodies, the guys in the white hat. They’re playing an active role in connecting its mostly-young users with new music and, apparently, leading them on a path of consumption.

Newly-published research commissioned by TikTok, and collated by MRC Data, found that three-quarters of its U.S. users say they discover new artists on TikTok, while 63% of TikTokers claim it’s a source of tunes that they’ve never heard before.

MRC’s research finds evidence of a cross-over, with 67% of users stating they’re more likely to chase down songs they heard first on TikTok on a music-streaming services.

That’s the money shot. TikTok, which is now licensed and legit, is actually driving its users to Spotify, Apple Music and other music hubs.

In one sense, it’s behaving as an A&R, which is part of the TikTok Masterplan. In another, its growing the pie and creating an ecosystem that didn’t exist just two years ago.

Much has happened in that time.

Yes, TikTok could light a fire for artists. Lil Nas X and Benee saw their careers blast off when their songs went ballistic on the platform.

The problem was, TikTok wasn’t paying royalties. It was the digital equivalent of an event organiser putting your band in front of 20,000 people, and not paying you for it.

Sure, that’s great exposure. And yes, you’re getting ripped off.

In late 2019, the U.S. National Music Publishers’ Association urged Congress to look into the behaviour of the video-sharing app, which the lobby body accused of copyright theft.

The storyline was the same in Australia, with APRA demanding TikTok pay for the music streamed on its platform.

That was the start of a wild period. Then-U.S. president Donald Trump used his office to fire up his MAGAs, and start a countdown to sell TikTok into U.S. hands or eliminate the business.

Trump’s ploy was jingoistic, anti-competitive and baseless, and a federal judge saw it that way.

Still, it was too much for CEO Kevin Mayer, who, as he departed the business, pointed to how the political environment had “sharply changed.”

So what changed? TikTok had two options. Use their powers for good, or for evil. TikTok went with Option A.

With the NMPA riding them, TikTok ventured into the real world. Its executives struck licensing deals.

The war chest was unlocked, and the brand reached into the far corners of the world. An office was established in Sydney, a team assembled to liaise with copyright owners and creators.

Ollie Wards was tapped as Director of Music for ANZ.

TikTok’s influence is vast, particularly with younger demographics. MBW estimates the platform has substantially more than 800 million monthly active users, and will pass one billion over the next year.

It’s a figure that dwarfs the 356 million users reported by Spotify (including 158 million subscribers), and its leaders can thank the pandemic.

Writing in Variety, veteran music industry analyst Geoff Mayfield points to the shut-in environment that saw its following and its influence explode. “Half the TikTok audience came last year,” MusicWatch managing partner Russ Crupnick explains. “Two years ago, the numbers for TikTok were probably half of what they were. It was really a pandemic-fueled frenzy in the first half of 2020. That puts it in a better light relative to traditional social media.”

If, as the studies claim, TikTok is compelling its young users to seek out more music, then it stands to reason that creators need to figure out how to work with TikTok.

Fortunately, that’s where creators’ gifts lie. In creating. The same goes for older acts. Learn the language of TikTok, and you’re allowed to play with the locals.

TikTok is a case study for a divisive but influential tech company that is changing the way people listen to music. A rogue that went straight. A game-changer. But for every parent whose teenager burns precious hours on TikTok each day, it’s still Enemy No. 1. 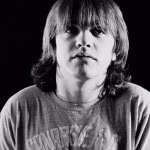