Hold that pose, because ‘Dance Monkey’ is on track for the U.K. chart crown.

Tones And I’s all-conquering hit is a record-smoker in Australia and it leaps to No. 1 on the Official Charts Company’s First Look chart, which, as its name would suggest, is an early, post-weekend glance at how the weekly U.K. sales chart is shaping up.

It’s not a done deal, though sources tells TIO ‘Dance Monkey’ is increasing its lead over the second-placed ‘Ride It’ by Regard. We’ll have a better picture when the Official Charts Update, the midweek sales survey, is published late Monday GMT.

If Tones does climb to the U.K. chart summit, she’ll end a five-year drought for Aussie acts, and she’ll become a fully paid-up member of a prestigious club.

Since the official chart was first published back in 1952, 31 songs by Australian acts have hit No. 1 in the U.K., with literally every type of genre ticked off.

We’ve seen pop-punk act 5 Seconds of Summer go to the top (with ‘She Looks So Perfect’), rapper Iggy Azalea (‘Problem’), club duo Madison Avenue (‘Don’t Call Me Baby’), folkies The Seekers (with ‘I’ll Never Find Another You’ and ‘The Carnival Is Over’) and of course, a string of Neighbours actors-turned-pop stars.

Consider for a moment the acts who haven’t tasted life at the chart summit. It’s a list that includes INXS, Delta Goodrem, Nick Cave & The Bad Seeds, and Natalie Imbruglia. 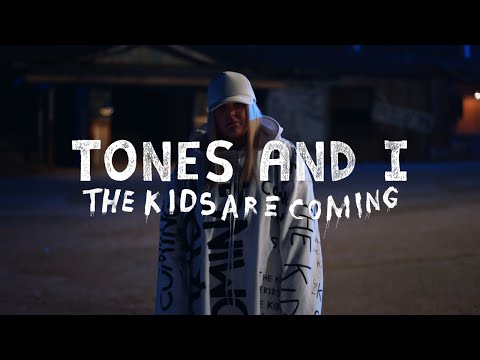 Tones (real name Toni Watson) couldn’t have dreamt of a hotter start to her career. In Australia, ‘Dance Monkey’ this week equals the all-time streak at No. 1 for a homegrown act by locking-down its ninth week atop the ARIA Singles Chart. It draws level with Justice Crew’s ‘Que Sera’ which bagged nine weeks in the top spot in 2014.

On Saturday, Tones was part of an all-Aussie lineup for the AFL Grand Final pre-game entertainment at the MCG, where she performed ‘Dance Monkey’ and the ‘The Kids Are Coming,’ the music video for which dropped last week.

The Official U.K. Singles Chart will be published late Friday.