Tones And I’s ‘Fly Away’ is at cruising altitude in the U.K., where it cracks the Top 20 for the very first time. Tones And I’s ‘Fly Away’ is at cruising altitude in the U.K. right now.

The anthemic track clocked up 1.8 million audio and video streams in the U.K. streams last week, and, based on growth projections, is on course for another 2.4 million this week.

Also, ‘Fly Away’ enjoys peak positions on Shazam, iTunes, Spotify and Apple Music charts in the U.K., and it returns to No. 3 in the TikTok U.K. Hot 50.

Watch Tones And I’s ‘Fly Away’: 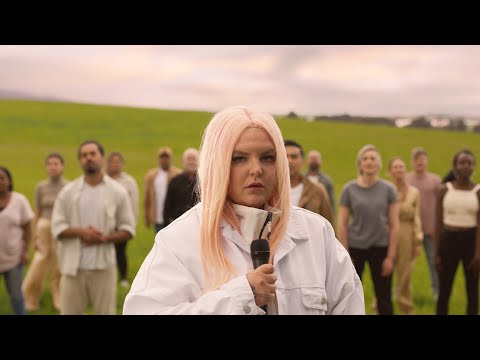 With the ongoing U.K. success of ‘Fly Away,’ Tones can dispel any argument that she’s a one-hit wonder.

There’s no argument, however, about the wonder that is ‘Dance Monkey.’

Tones’ breakthrough 2019 tune ruled the charts in 30 territories, including the U.K., where it reigned for 11 weeks, a record for a female solo artist.

‘Dance Monkey’ went Top 5 in the U.S., ruled the ARIA Singles Chart for 24 weeks, an all-time record, and the former busker was recently crowned the world’s top songwriter for 2020.

NUMBER 1 ON ITUNES!! Thank you for all the love I am so overwhelmed!!❤️also FLY AWAY just hit TOP 20 in the UK official chart! What!!!! 💛😢❤️Grab the album on iTunes here: https://t.co/Eqy1ekRwc3 pic.twitter.com/RHI2KreSqG

‘Fly Away’ appears on Tones’ debut album Welcome to the Madhouse, which dropped last Friday and spans 14 tracks.

Tones will mount several tour in support of the album, including a recently-announced North America trek, set for March 2022, and New Zealand’s Bay Dreams 2022 fest.