School’s out! For 11 years, Triple J has combed the country for its best high school act, a voyage of discovery that has elevated the likes of Arno Faraji, Montaigne, Baro, Gretta Ray, Japanese Wallpaper and Hockey Dad into the spotlight. This week, the public broadcaster revealed its Unearthed High “Class of 2018,” with five acts being hand-selected as finalists from more than 1,000 submissions. Check out the too-cool-for-school musos below. 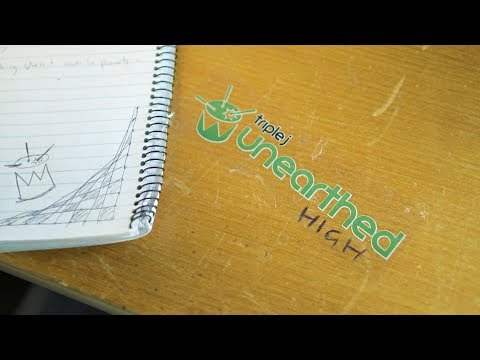 First up is Burnout, a unit of Adelaide teens (Billy, Nik and Kyle) out of Trinity College Gawler and St. Patrick’s Technical College. Their track “Get Out” is the embodiment of youth and “chaotic skate punk,” all bashed out in two-minutes of no-nonsense with the station describing it as “a group of friends having the best time ever.”

Next in line is Nancie Schipper, a senior at Victoria’s Warrnambool College. Triple J has followed Schipper’s journey since she entered last year’s contest. She has a talent for making “music that is assured and super warm,” Triple J says, with her entry “Long Fall” proving just that. “It feels like just the start of huge things for her.”

Out of Castlemaine Secondary College in Victoria is KIAN, a 16-year-old boy wonder who got a serious head start when, two years ago, he scored a feature on 2018 AIR Award winner Baker Boy’s “Cloud 9.” The kid has “sky high potential”, notes Triple J,” and his track “Waiting” packs “emotional punch, just like ur crush.”

South Sydney rapper The Kid Laroi oozes the confidence of youth. At just 14 years of age, the Australian Performing Arts Grammar School student didn’t muck about; he uploaded just one track to “Unearthed High,” and he did so just hours before the deadline. “Disconnect” is “one heck of a track,” says Triple J, and it made the cut.

Another young Victorian artist with a good chance is yergurl, whose “Skateboard” got Triple J’s judging panel rolling in a happy place. A student at Bendigo Senior Secondary College, yergurl’s uploads are like “colours flashing in slow motion, nods to contemporary pop icons like Charli XCX and Lana Del Ray, dank memes and teenage hang-ups all stirred up together,” according to the broadcaster.

Also this year, Juice C.A got the nod as Unearthed High’s Indigenous initiative winner. The powers-that-be at Triple J were glowing with praise for these Centralian Senior College students and how “together” they already sound. The NT locals dropped the track “Foolish,” which tips a hat to Red Hot Chili Peppers, enthuses competition judges, “while showing signs of the influence from modern RnB, psychedelic bush reggae and current scene setters Ocean Alley, Juice C.A are ripe with promise.”

Juice C.A’s victory spoils include ongoing mentoring from the Association of Artist Managers (AAM), and a songwriting workshop at their school with the APRA AMCOS Songmakers program.

On the new crop, Triple j Unearthed music director Dave Ruby Howe had this to say: “Now that we are 11 years deep into Unearthed High’s history it shouldn’t be a surprise to hear the high quality of artists making music while still in school. But here we are again, absolutely floored by this year’s crop of young artists. We’re beyond stoked with just how good the future of Australian music sounds.”

The winner will get the chance to professionally record, mix and master their music, which will be spun across triple j and triple j Unearthed. Ben & Liam will reveal all over the next week.