This year keeps getting better for Troye Sivan

We’re over two months away from the 2019 Academy Awards, but things are already heating up, with the shortlist for Best Original Song being released today.

Over the years, the Academy Award for Best Original Song has seen some rather memorable songs nominated for the award. Why, just last year, we almost saw indie-icon Sufjan Stevens take home the Oscar, while 2013 saw Pharrell Williams, U2, and the Yeah Yeah Yeahs’ Karen O relegated to also-ran status.

Now, with a couple of months to go, the Academy of Motion Picture Arts and Sciences have unveiled their shortlists for a number of categories, including Best Original Song and Best Original Score, as Variety notes.

On the Best Original Score front, the likes of Crazy Rich Asians, A Quiet Place, and BlacKkKlansman, are all in the running, while Ludwig Göransson’s score for Black Panther is also reportedly in contention.

However, this year’s shortlist for the Best Original Song is as much of a mixed bag as ever, with some of music’s most prominent names making the cut.

Check out Kendrick Lamar and SZA’s ‘All The Stars’:

Leading the charge is undoubtedly Emily Blunt, who has two tracks in the running from Mary Poppins Returns. Of course, industry veterans such as Dolly Parton and Quincy Jones have also scored a bit of recognition.

We’re also seeing a few newer acts making the grade as well, with Thom Yorke’s ‘Suspirium’ from Suspiria, Lady Gaga and Bradley Cooper’s ‘Shallow’ from A Star Is Born, Sampha’s ‘Treasure’ from Beautiful Boy, and Kendrick Lamar and SZA’s ‘All The Stars’ from the Black Panther soundtrack.

On the Aussie side of things, Perth’s Troye Sivan is also up for an award, nominated alongside Sigur Rós’ Jónsi for ‘Revelation’ from Boy Erased.

The full list of nominations are expected to be released on January 22nd, before the awards are handed out on February 24th in Los Angeles. Check out the full shortlists below. 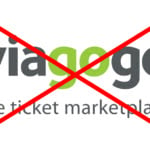