Tune in, turn on, chill out.

Universal Music Australia is flexing its muscles in the events space with ZoneOut International Music Festival, a new single-day blast of ideas, imagery and music from the neo-classical world.

Sydney’s Carriageworks will host the debut show on September 28, a sort of mediation on neo-classical and its various paths into classical, ambient, electronic and alternative music, all of which will be explored in three rooms.

The programme reads like a family-friendly neo-classical rave, built-out with panels, film sessions and even a yoga chillout zone, and wraps at 11.15pm with a performance by Double Touch, the collaborative project of classical pianist Van-Anh Nguyen and Sydney DJ and producer Mark Olsen. 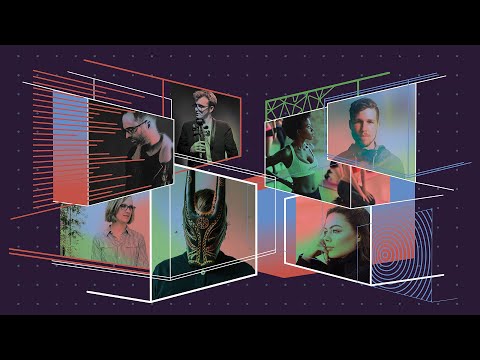 UMA has tapped Melbourne composer Luke Howard as inaugural Zone Out ambassador. “I’m excited to perform alongside some of my favourite musicians and label-mates. This genre has been under-represented in Australia and ZoneOut is putting it on the map,” he comments in a statement.

Howard will perform on the day alongside and homegrown pianist and composer Sophie Hutchings, British cellist Peter Gregson, Dutch harpist Remy Van Kesteren and others.

Panel discussions will delve into “Music and Wellness,” “Music and the Environment” and “The New Sound of Classical Music,” with speakers yet to be announced.  Ticket buyers can also catch screenings of Ólafur Arnalds’ Island Songs and Joep Beving’s Prehension and Henosis and footage of Max Richter‘s epic eight-hour Sleep performances.

Ticket prices start at $25 and rise to $218 for the full package. Visit Zoneout.com for more.

Thanks to the breakout of neo-classical/experimental artists like Nils Frahm, Federico Albanese and Richter, and the rise of streaming platforms, neo-classic music is reaching new audiences.

Classical recorded music revenues were up slightly in 2018 to $384 million, though streaming revenue is booming, up 46% to $141 million, according to a MIDiA Research White Paper commissioned by IDAGIO.

Classical is finding new, younger fans through streaming and, specifically, via “mood-based” playlists, the report notes.