An upcoming documentary about the life of late INXS frontman Michael Hutchence is set to premiere soon, with its soundtrack featuring some previously-unheard tracks.

Next month, Americans will get the chance to see the world premiere of Mystify: Michael Hutchence, a new documentary focused on the life of the titular musical icon.

Set to premiere at the Tribeca Film Festival in America, the new documentary is described as “an intimate look at the life of the INXS lead singer through his many loves and demons,” and will also feature interviews from the likes of Kylie Minogue and Helena Christensen.

Directed by Richard Lowenstein (who not only directed Hutchence in 1986’s Dogs In Space, but also was in charge of INXS’ early videos), the film is yet to receive an Australian release date. However, it is set to feature some rather interesting music on its accompanying soundtrack.

In addition to a number of INXS classics, the soundtrack will also feature “recently discovered, and never-before heard, covers performed by Michael,” according to a recent press release.

Speaking in regards to this announcement, Christopher M. Murphy, Chairman and Founder of Petrol Records, and Creative Director and Global Strategist for INXS notes that, “INXS’ appeal wasn’t just confined to writing great songs or playing some of the best concerts I’ve ever seen.”

“They always had their collective antennae up to the latest trends – whether they be music, fashion or technology – and that’s given their brand a fresh and lasting outlook.”

“Their legacy is growing every day, and a new generation of fans from around the world are discovering INXS through streaming,” he continued. “We are entering an exciting period of rediscovery of their legacy and a reassessment of their place in music history.”

“There will be many insights revealed about Michael’s life and his music, which will create interesting conversations. Movies like Bohemian Rhapsody and A Star Is Born remind us of the extraordinary contributions that are made to popular culture when movies and music are creatively intertwined, and I am proud to say Mystify will be another great example.”

While it remains to be seen what sort of unreleased material will be appearing on the new soundtrack, it’s clear that this is set to be another entry in the already-acclaimed career of INXS and its related members.

As Petrol Records notes, the band’s streaming figures increased by 48% in 2018, with the band’s music becoming increasingly beloved in areas such as Mexico and Japan.

This news also comes over a year since plans for an INXS museum in the NSW town of Ballina were unveiled.

As work on this development continues, Petrol Records notes that is set to not only serve as an exhibit to an extensive gallery of the band’s memorabilia, but that it will also serve as an “incubator for new talent, start-ups and established businesses within the arts and technology sectors.” 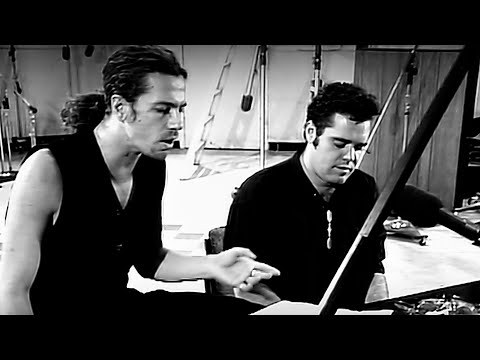