In the new trailer for Songwriter, posted to his Instagram and to YouTube, Sheeran says: “All the songs on this album have a thread that go through it, and it’s all family.”

Watch the trailer for ‘Songwriter’ below: 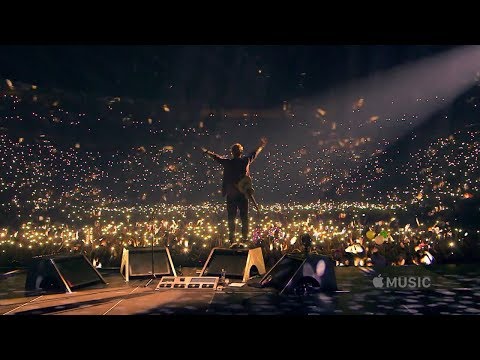 Songwriter is the brainchild of Sheeran’s cousin Murray Cummings, who created the fan video for “Drunk” and the Jumpers for Goalposts concert film.

The film features cuts of old home video footage and a visit to his high school where he meets with his former music teacher. It also captures Sheeran writing in his car, with friends at a park, in studios, at sold-out live shows, and in songwriting sessions with collaborators like Julia Michaels, Benny Blanco, Foy Vance, and Amy Wadge.

The camera captures Sheeran when he’s at home, in the car, and out having a jam session with friends at a park. It even follows him back to his childhood home and high school; in a surprisingly poignant part of the trailer, he visits the school and reconnects with his old music teacher.

Divide took the top spot on multiple US Billboard charts for weeks when it was released in March last year. In its first week of release in the UK it sold 672,000 units, making it the fastest-selling album by a male artist there and the third-highest opening behind Adele’s 25 and Oasis’ Be Here Now.

In Australia, Divide entered at #1 with a double Platinum certification in its first week (97,014 units). 16 tracks on the LP made it into the ARIA Top 40, and record held #1 for 25 non-consecutive weeks, the ninth longest total time spent there. Naturally, it was Australia’s highest selling album of 2017 with over 420,000 copies sold that year.

It also won the Grammy Award for Best Pop Vocal Album this year.

Songwriter will be available for streaming on Apple Music on August 28.