Irish-born music channel BalconyTV has had all of its YouTube videos rendered invisible after a deal with Sony subsidiary The Orchard expired this year.

There’s a famous story in the world of hip-hop that record producer Suge Knight once hung Vanilla Ice over the edge of a balcony in order to get him to sign over the rights to ‘Ice Ice Baby’.

While Vanilla Ice has said that the most exciting part of the story is untrue, it serves as something of an appropriate metaphor as to how easily the little guys can get done over by those with more muscle.

Back in 2006, Stephen O’Regan teamed up with a few colleagues to begin BalconyTV. A simple concept on paper, BalconyTV shared videos of musical artists performing on O’Regan’s Dublin balcony, with these stripped back live shows quickly going viral online.

“My friends and I were living in an apartment in Dublin which had a small balcony that we would never use – and we usually threw our rubbish onto it,” O’Regan explained to Musically in 2016.

“We all had a bit of a hangover one day, I confess, and I went to get some fresh air,” he added. “I jokingly said to my friends that we should use the balcony more as we never go out onto it. In that moment, we came up with the idea of BalconyTV.”

While the BalconyTV sessions featured performances from artists like Ed Sheeran and Mumford And Sons before they hit the big time, the idea soon went global, with more than 18,000 live spots being filmed by artists in over 50 countries.

In fact, even local names like Matt Corby and The Teskey Brothers have been filmed for the Melbourne edition of BalconyTV, helping their music become exposed to the world, all while a humble tram can be seen plodding along in the background.

Check out Matt Corby on BalconyTV: 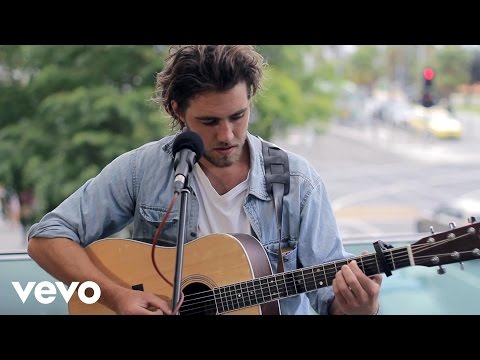 However, according to a recent article by The Times, many of these performances have now been removed from search results on YouTube, following the expiration of a deal with Sony subsidiary The Orchard.

Back in 2014, BalconyTV was sold to the New York-based company The Orchard, with hopes of increasing their presence online, and continuing to support the independent artists on their grand musical journey.

“When I look back over the years and think about bands like Little Green Cars, Kodeline and the Script, who are all doing so well, it’s great to think we had them before anyone else,” O’Regan said at the time, just three years before he was laid off.

Speaking to The Times, former BalconyTV Zurich producer Christoph Soltmannowski explained that producers received a letter back in February notifying them that their agreement with The Orchard would expire at the end of March.

While it explained they would be “compensated for all approved BalconyTV videos” produced and submitted before the expiration date, the arrival of said date has seen all the previous videos delisted from YouTube, effectively making them invisible, and lost to anyone without the direct link.

“[It is] frustrating for the many artists who performed, without pay, and for the producers who [worked] without commercial motivation,” Soltmannowski explained. “It is sad that the result of our years of work […] has now been made invisible.”

While The Orchard has since rebranded the concept as simply “Balcony”, the performances have now moved indoors to a warehouse, undoubtedly making the entire process a little bit confusing for longtime fans, and newcomers to the broadcasts.

“[It’s a] shame they wouldn’t let us know this was happening and give us a chance to regain the videos for posterity,” artist Colm Lynch told The Times. “But they’re the owners of the rights, I guess.”

While the previous BalconyTV sessions do remain online, just hidden from search results, only a small fraction of the thousands that have been recorded and posted over the years show up when sought out.

Needless to say, the Nintendo Wii was right when they reminded us that “anything not saved will be lost”.

Check out a now-hidden video of Ed Sheeran on BalconyTV: 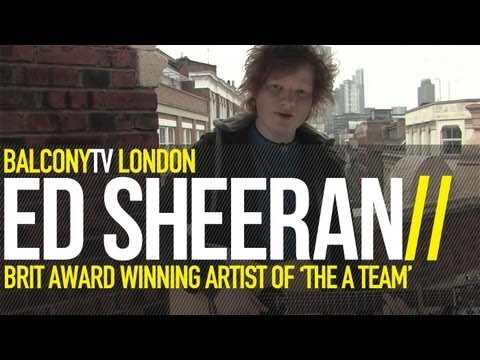