Is the vinyl party coming to an end?

A new report suggests vinyl's neat tune for musicians and labels just might be winding up. check out the report using Nielsen Music data. Vinyl has been spinning a neat tune for musicians and labels in recent years, but there are hints the party just might be winding up.

The growth of vinyl sales appears to be slowing in the United States, the world’s biggest recorded market. Vinyl sales grew by just 2% so far this year, against 11% in 2016, according to Hypebot, which bases its report on Nielsen Music data.

U.S. vinyl fans have been on a binge. Earlier this year, the sales tracking firm reported vinyl LP sales in the U.S. had reached an all-time Nielsen Music-era high volume of 13 million units, on 11 successive years of growth.

Retailers and vinyl pros quoted by Hypebot suggest that a handful of factors are at play here, from quality to saturation.What goes up might just, well, plateau.

A flattening vinyl market isn’t quite a catastrophe, it’s just one country and the year is only just over the hump. Any reports on the death of vinyl would be greatly exaggerated. Though, on reflection the truth about the vinyl revival hasn’t always correlated with the headlines.

The upward trend for vinyl has been an oddity for an industry which continues to see precipitous drops across all other formats of physical soundcarriers.

Vinyl has been a particularly important part of the mix for DIY artists and for indie labels, some of whom generate about 20% in sales from the stuff. It’s a good story, defying trends and its success begs the question: are the discs actually being spun on turntables, or mounted on bedroom walls.

At a national level, it’s a niche format. According to ARIA’s trade report the year 2016, vinyl enjoyed its sixth consecutive year of gains sales, on revenue of more than A$15 million, up about 70%. For a total recorded music market worth A$352.2 million, vinyl represents just 4.2% of the overall pie. CD albums, though less profitable, generated nearly six times the revenue of vinyl albums during the timeframe (though the format is fading fast).

Time will tell whether vinyl sales will pick up or slow down. Read the article here. 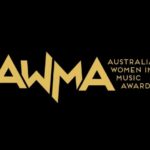