Vivid teams with City of Sydney to highlight local music

Vivid Sydney is one of the main events on the Sydney arts calendar, seeing major national and international artists flood into the city to celebrate...

Vivid Sydney is one of the main events on the Sydney arts calendar, seeing major national and international artists flood into the city to celebrate art, culture, and pretty, pretty lights.

Now Sydney musicians will get prime billing alongside these artists as part of X|Celerate: a collaboration with Destination NSW — who owns and manages Vivid Sydney — and City of Sydney. In addition, the spotlight will be shone on various smaller venues in the city.

“This new initiative will give Sydney musicians a platform to build their careers and showcase the city’s smaller live music venues to Sydneysiders and visitors alike,” the Lord Mayor said.

“Such spaces are integral to Sydney’s live music community and supporting them is a key priority for us. By working together, we can share the benefits of Vivid Sydney’s success with the artists and businesses that make Sydney’s music scene all year round.”

The City has allocated $1.2 million in cash and in-kind support over the next three years for Vivid Sydney.

This adds to the $2.77 million in grants to live music and performance projects that the City has spent since July 2014, as part of the Live Music and Performance Action Plan. 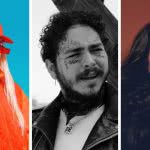