We Lost The Sea share their five tips for touring China Ask any Australian musical artist, and the chances are good that they’ll tell you their dream is to begin touring internationally, bringing their awesome tunes to the live stage around the world.

Of course, while places like Europe and North America are the goals for countless musicians, many either overlook or simply forget about China. As the world’s most populous country, it therefore serves as home to a legion of music fans who are just hanging out for some fresh new tunes to come their way.

But how do you kick off a Chinese tour? Once you’re there, how do you make it work? What else is the humble Aussie musician overlooking when the opportunity for a Chinese tour comes knocking?

Well, to answer all these questions and more, we had a chat with Matt Harvey, the manager, guitarist, and visual artist for global sensations We Lost The Sea, to get an inside scoop as to what it’s like to tour China.

We Lost The Sea are also in the middle of an Australian tour with Tangled Thoughts Of Leaving. Check out all the dates below, and be sure to catch this well-travelled outfit when you get the chance!

Check out ‘A Beautiful Collapse’ by We Lost The Sea: 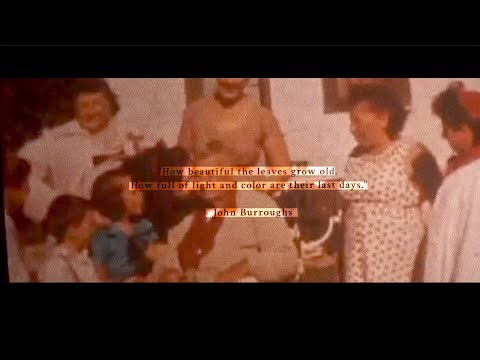 1. Make sure everything you own is on wheels

Train stations in China are almost as big as an Australian domestic airport or something similar. HUGE. Also, the airports are the biggest I’ve ever seen anywhere in the world.

In the train stations there are no trolleys available to use or rent. There are guys who will approach you with trolleys and ask for money to transport your luggage. This is actually awesome and we did this once, they’ll take your gear from outside, to your gate and then down the escalators and pack it onto the train for you.

This is amazing but it will cost you anywhere between $60AUD and $200AUD depending on where you are and how much gear you have. Negotiating can work if you have a native speaker with you.

Generally, there’s a lot of walking involved when touring China as the place is so massive. Sometimes you’ll be expected to walk half a click through a train station to find the carpark and then realise it’s the other car park on the other side and walk back about a kilometre. If you’ve got a lot of gear on tour make sure it’s on wheels. You do not want to carry your 20kg pedal board across a Chinese train station, trust me.

Then make sure you’ve got enough spare hands between you all to move all the gear. Taking your clothes in a backpack really helps with this. If you’re wasting one hand on your wheeled suitcase for your clothes your bandmates who are carrying backpacks around aren’t going to be your best mate.

2. Be patient and pushy at the same time

As the world’s most populated country at 1.42b people, there’s no surprises that most of the places you’ll go to will be packed. Apparently during Chinese new year there are 700,000,000 people in transit at anyone time. That is incomprehensible. Avoid touring around then at all costs. This overcrowding is overtly apparent in train stations, especially when it comes to lining up.

Coming from Australia where there is loads of space and not as many people. When you get onto the train, dominate the luggage area with your gear and take no prisoners. Sometimes your stop won’t be a terminating station and you’ll have only a few minutes to get all of your gear off real quick.

I would recommend getting up and getting ready at least 10 minutes before the train pulls into the station and get everything lined up at the door.

Try to avoid Chinese airports. If you need to fly domestically get there much earlier than you would at most other airports around the world. There are LONG check in lines and several security checkpoints as well as immigration and then probably another checkpoint and then probably a bus on the tarmac.

It’s a lengthy and frustrating process. They could potentially call you back from the gate, right back through immigration, if there is a problem or a question about any part of your luggage or gear. They’ll open up pedal boards and ask you what each thing is to make sure it doesn’t have the incorrect batteries or some other kind of specific information. Also if it’s not some kind of explosive, naturally.

If you’re a small band with only 2 guitars and a couple of pedals, then it should be a lot easier to travel literally anywhere in China, but if you have more than that and need to deal with a lot of gear, I would avoid domestic air travel. Plus you’ll have to pay for excess check in items and sacrifice your merch money.

Traveling by trains is easy once you’re in your seat. There’s a food trolley and little cafeteria where you can get lucky with some tasty snacks or strike out and get something less desirable. Take a punt, live a little. You also get to look out the window and see the country fly past at 300kmph. Bring headphones to block out the chorus of people clearing their throats and sit back and enjoy.

If you’re treated to New Noise hospitality you’ll get the best of each region’s food. The dishes will come in red hot (literally and figuratively) in great numbers and hit the lazy Susan with gusto. You’ll have some of the best Chinese food you’ll ever taste on a tour like this. Make sure you don’t go overboard or you won’t be able to move. P

ro-tip: ask for “The King of Vegetables” it’s a delicious cauliflower based dish. Also, watch out for coward pellets (Szechuan peppers). We ended up eating a decent lunch then went to soundcheck and then played the show and had food after to avoid overeating. Ask for dumplings in their specific regions, you won’t be disappointed.

If, like us, were desperate for western food and some carb loading at the end of the tour, we found a fantastic Italian joint in Guangzhou called La Vita e’Bella.

The Chinese fans are respectable and enthusiastic at the same time. If you’re wondering why people are standing around with eyes closed or not responding to your stage antics, it’s probably because they’re really really enjoying your music. Not all crowds will be loud and rock out with you so learn your audiences and each city will have a different result.

If you play emotional post-rock and there’s a couple of people on the barrier with their head in their hands, it’s not because you’re boring them to death, it’s because they’re vibing with you in their own way. On the other hand, some crowds need to be given some prompting on when to applaud or go nuts.

We’ve had everything from someone holding a phone with scrolling love hearts on it up the front, to someone crowd surfing to ‘A Gallant Gentleman’ to an actually hardcore circle pit to people having a bit of a cry on the side of the stage.

Either way, they are a lovely crowd to play for, really get into every aspect of your music and will buy all your merch and want it signed at the end of the show. We’ve had line ups of around 100 people wanting stuff signed. Take the time to chat to them and get photos.

It’s a great experience and one to be cherished and privileged to be around.

Some bonus tips for touring China:

– In Wuhan visit Wuhan Prison. It’s not an actual prison but it sure will mess you up with their drinks list.
– In Nanjing there is a great craft beer bar attached to the venue.
– Chengdu has Jinli Street which is really cool and filled with street food. Home of the Szechuan.
– If you like to celebrate with a certain brand of booze, best get it at duty free before you arrive in China. Finding specifics over there is very difficult. I dare you to pick up a random bottle of Chinese liquor and have a go.
– They have the wildest chip flavours. Dive in.
– The literal translations are amazing.
– Have a go at a squat toilet. It’s challenging but it’s actually good for you.
– It’s best to go with the flow while in China, if something is happening that is perplexing we just look at each other and say “just China things” and that usually sums it up.

Check out ‘A Gallant Gentleman’ by We Lost The Sea: 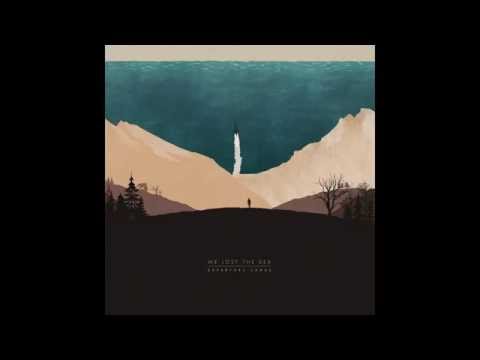 * Tangled Thoughts Of Leaving not appearing