Websites that enable “stream ripping” from YouTube are currently one of the industry's biggest threats. Global recording industry body the IFPI has been talking about it for years, artists have been beleaguered by the increasing take-up of it for even longer, and publishers have been begrudgingly agreeing to deals with YouTube that are hampered by ‘safe harbour’ laws. But still the fact remains, websites that enable “stream ripping” from YouTube are currently one of the industry’s biggest threats.

Hundreds of websites like Youtube-mp3.org, which gets more than 60 million unique users a month, and MP3Fiber, which was recently shuttered, are responsible for the downloading or copying of videos on YouTube without consent from the content creator.

According to a new report from The Independent, a third of 16-24-year-olds in the UK have illegally ripped music from YouTube for personal, sometimes monetised use.

Geoff Taylor, CEO at UK trade association BPI (British Phonographic Industry) told The Independent: “Although coordinated action by the record industry is delivering results, with major platforms like YouTube-mp3 closed down, we must continue to act against illegal sites that build huge fortunes by ripping off artists and labels.”

The download platforms and phone apps – many of which host display advertising and thus make millions in revenue off the back of artists’ copyright – are also pirating content from DailyMotion, SoundCloud and Vimeo.

“We hope that responsible advertisers, search engines and hosting providers will also reflect on the ethics of supporting sites that enrich themselves by defrauding creators,” said Geoff Taylor.

Incredibly, YouTube actually hosts videos that explain just how to download its clips. These sites have been labelled a bigger threat to music copyright than The Pirate Bay.

YouTube has actively been trying to quash copyright infringement on its platform. The Google-owned video giant first began trials for its copyright and content management tools Content ID back in 2007 to give rights holders the opportunity to monetise their content. In March YouTube launched Music In This Video to scrutinise rights holder details, and in July it launched Copyright Match, a tool to help combat scam channels.

YouTube even released a report to outline its value to the music industry in May 2017. The IFPI called the report a “publicity push” and said YouTube was “failing to license music on a fair basis and compensate artists and producers properly by claiming it is not liable for the music it is making available.”

A YouTube spokesperson told The Independent it is already taking appropriate action against the illegal download sites:

“Our terms of service prohibit the downloading or copying of videos on YouTube without explicit consent from the copyright holder,” the spokesperson said. “Once notified of an infringing tool, or service that allows the downloading of a YouTube video without permission from the content owner we take appropriate action.” 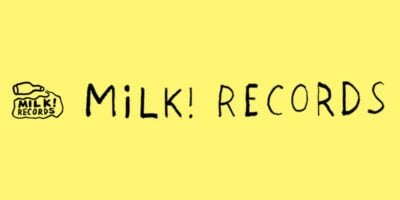 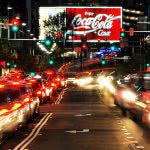