We used J Play data to predict a J Award If you prefer your J Awards spoilers to be nonexistent then move right along. Following the announcement of the 2017 J Awards nominees yesterday, we just might have worked out winners of the coveted Australian Album of the Year and Unearthed Artist of the Year Awards.

Using data from our sister site J Play, the trusted source for what’s being played on Australia’s national youth broadcaster triple j, Alex The Astronaut has the highest chance of taking out the Unearthed trophy.

Show your workings, you ask? Why, sure.

According to J Play data across from the last five years – which details which tracks are played, when, and how often across triple j – every Unearthed Artist of the Year winner has come from the Top 3 most-played nominated artists.

Considering the above, Alex The Astronaut, Confidence Man and Ruby Fields are favourites to take out the award.

We’ve also pinpointed the minimum number of airings an artist has had before taking out the Unearthed Award: Tash Sultana took out the accolade last year with 239 airings, paling in comparison to The Rubens’ winning 502 airings in 2012.

During the last 11 months (Dec 1 2016 – Nov 1 2017), only Alex The Astronaut has over 239 airings (322), but Confidence Man and Ruby Fields are pretty close with 236 and 228, respectively. This means fellow Unearthed nominees Baker Boy and Stella Donnelly are current outsiders for the Award, with their airings falling below the minimum (163 and 76, respectively). 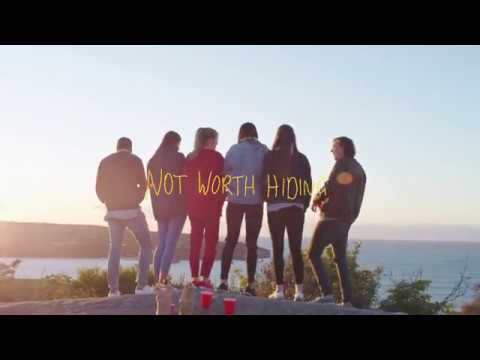 Watch Alex The Astronaut’s clip for ‘Not Worth Hiding’

However, looking at Confidence Man and Ruby Fields’ current airplay trends, both acts’ airings will sit around the minimum figure by the end of the month.

But who’s taking home the Australian Album of the Year J Award?

In four of the past five years, artists sitting in the Top 4 airplay positions (most-played) of nominated artists have won the award.

The only artist not in the Top 4 positions for airplay (December to November) to win was D.D Dumbo, who ranked sixth last year when he took home Album of the Year for his debut record Utopia Defeated.

However, given the fact November’s airplay data hasn’t been locked away, the Top 4 most-played nominated artists on triple j could change throughout this month.

While TIO understands the J Awards are judged by the music teams and presenters of triple j, Double J and triple j Unearthed, you can’t ignore the stats. And granted, each of the nominees have contributed musical excellence to the Australian industry, but it’s clear Alex The Astronaut is already a triple j favourite.