Why did the Sony MiniDisc fail? Whenever I think of the MiniDisc, I think of Ixnay On The Hombre by The Offspring.

I went to high school with a guy who was so sure of the MiniDisc’s impending dominance as a future format leader that he sold off all his CDs for $5 apiece. I bought Ixnay and another album I cannot remember, and felt at the time that I was perhaps taking advantage of him.

Ironically, my CD has depreciated in value (except the song ‘All I Want’), while whatever MiniDisc accoutrements he bought with the money would probably be worth a pretty penny on eBay these days.

The guy at my school wasn’t foolish to back the MiniDisc. In retrospect, it seems odd that the format didn’t completely take over.

The MiniDisc was launched in September, 1992, by one of the largest companies in the world. It seemed to solve the obvious issues inherent in both cassettes and CDs: unlike cassettes, the quality was crystal clear, the tape couldn’t be warped on a sunny dashboard or unspooled by the very machine made to play it, and the quality wasn’t lessened by a generation each time it was recorded over.

Like CDs, these promised digital quality and “perfect sound forever” — but unlike with a CD, fingerprints, scratches and spilled Indian food couldn’t interrupt playback. The MiniDisc didn’t skip either; this was touted as one of its main advantages

One of its major disadvantages was that the player retailed in Australia for just under $1,000. Do you know who didn’t have a spare grand to blow during the early ’90s? Kids. Teenagers. Most humans.

Despite a massive (read:expensive) marketing campaign, Sony only sold 50,000 players in the first twelve months. It was a failed launch. It was also their most successful twelve-month sales period.

They didn’t give up though. Market research done by the company in 1997 revealed that three-quarters of Americans hadn’t even heard of the MiniDisc.

Feeling the problem lay with the message not the medium, Sony relaunched the player and boldly declared 1998 as Year of the MiniDisc.

They threw US$30m at marketing it, and lowered the price of the player to US$250 to attract younger, more digital-savvy fans.

The game was over, for good. Perhaps the biggest tragedy of this is that the Stallone film Demolition Man — which is set in 2032 — contains the MiniDisc format during several key scenes, thus ruining the long term value of this film. While we could still see a format renaissance over the next 14 years, it is looking more and more unlikely.

The final MiniDisc player shipped in March, 2013 – close to two years after the launch of Spotify. 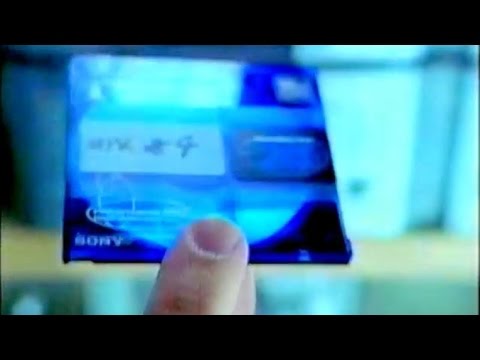