This week WA Senator Glenn Sterle spoke in parliament about what he deemed “the general decline of interest and support for new Australian music in this great country.”

He spoke of his shock at seeing 17 Post Malone songs in the ARIA Top 40, while only three Australian singles made the cut.

This final point is an interesting one.

The Sydney label Ambition Entertainment have quietly snapped up an enviable roster of artists that appeal to/are in that upper age tier, including Jon English, Olivia Newton John, Leo Sayer, Marcia Hines, Renee Geyer, Tina Arena, Wendy Matthews, and Russell Morris. The latter scored his first ever top ten album in a fifty-year career, in 2012 with Sharkmouth — a dense record about Australia during the ’20s and ’30s; we’re talking Phar Lap and the Great Depression — and repeated this feat two years later with Van Diemen’s Land, an album that traversed similar ground.

There is clearly an audience for this music, despite radio play. But a government-funded station dedicated to Australian music, regardless of genre or the age of these artists could bolster this under-served sector of the music community. 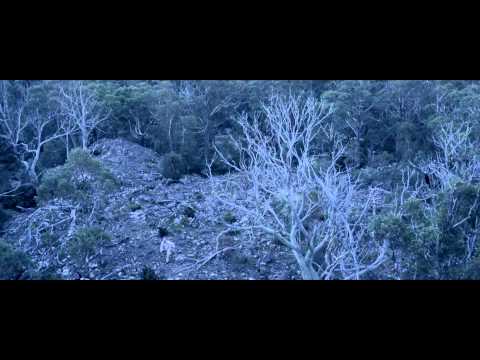 But upping content quotas elsewhere may not have the desired effect.

The truth is, commercial radio stations do not turn songs into hits. They respond to what is already successful, and play that. They are a reflection, not a tastemaker. This is why they only started playing Drake once he was the most famous artist in the world, and was no longer able to be ignored. This is why the majority of commercial radio network only added Gotye’s ‘Somebody that I Used To Know’ to rotation after it had hit #1 in America.

It’s why they still don’t play The Smith Street Band on heavy rotation, arguably the most successful Australian touring rock band of the past five years.

Television has content quotas that require they play two hours of prime time original Australian drama content each week. That’s why we have Home and Away and Neighbours. It isn’t because these shows are creative pinnacles (although Home and Away certainly is). It’s because half-an-hour of cheaply-produced drama each weeknight easily exceeds the quota.

If you up the Australian quotas, they will simply just play the handful of local tracks they know work a lot more: Sheppard and Peking Duk and other morally-bankrupt muck like that.

We’ll just get more of a bad thing.

As with every problem, there is no easy answer.

STATE OF THE MUSIC INDUSTRY AND MUSIC CULTURE IN AUSTRALIA

I took the opportunity today to talk in the Senate about the current state of the Australian music industry and the general decline of interest and support for new Australian music in this great country.I was shocked to find out recently that only 3 Australian artists made it into the Australian Top 40 music chart, Missy Higgins, Kasey Chambers and the DMA'S (Well done btw!).17 singles which featured in the same chart came from 1 American rapper! Where are our bands and musicians? Where is the support for new and aspiring musicians and the Australian music industry? Maybe the Government can give our artists a radio station that will play their new music 24/7 whether they be 16 or 60, regardless of their music styles??I call on all Australians to take a minute to email or call your local member of parliament to tell them ‘WE WANT YOU TO SUPPORT OUR AUSSIE ARTISTS & NEW AUSSIE MUSIC! Come on Australia, let our music and talent lead us to another great era for the Australian music industry!triple j Tone Deaf theMusic.com.au Junkee BuzzFeed Oz News BuzzFeed Australia Alice Workman Tina Arena Kylie Minogue