It’s an excellent night to be an Australian artist with four well-deserving acts celebrated at triple j’s 2017 annual J Awards.

triple j Music Director, Nick Findlay, says of the album: “Every year we are lucky enough to experience a swathe of incredible Australian records, but the last 12 months in particular has seen some of the finest local releases in years. Despite this, it’s hard to look past the raw, confronting and empowering energy that Briggs and Trials have mastered on Reclaim Australia; it’s impact has been long-standing, incredibly significant and long overdue.”

Stella Donnelly was named triple j’s 2017 Unearthed Artist of the Year tonight, just months after earning international praise from Pitchfork and The New York Times, and taking out the inaugural Levi’s Music Prize at BIGSOUND this year.

Following the release of her most commercially successful record yet in August Jen Cloher took out the J Award for Double J Artist of the Year. The singer-songwriter, mentor, business owner, and co-operator of Milk! Records with Courtney Barnett, Jen’s body of wok is a love letter to the industry, which adores her. 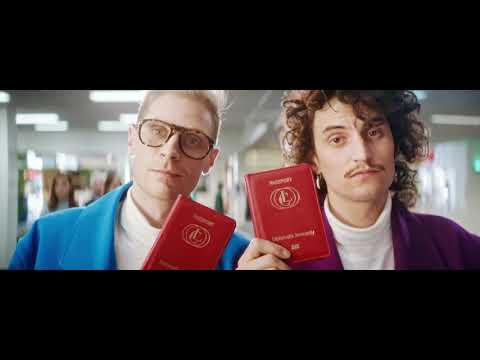 Watch the clip for ‘A Foreign Affair’ ft. Tina Arena above

WINNER:
A.B. Original, Reclaim Australia
NOMINEES:
Alex Lahey, I Love You Like A Brother
Ali Barter, A Suitable Girl
Gang of Youths, Go Farther In Lightness
Gordi, Reservoir
Meg Mac, Low Blows
Methyl Ethel, Everything Is Forgotten
The Smith Street Band, More Scared Of You Than You Are Of Me Thundamentals, Everyone We Know
Vera Blue, Perennial

Australian Music Video of the Year nominees, co-presented by Rage