Back in 2017, it was announced that the women-only Statement festival was set to take place in Sweden. Launched in response to an increasing number of assaults at festivals, Statement Festival’s message was clear; “At music festivals, everyone should feel safe.”

Kicking off back in August following a successful crowdfunding campaign that raised 533,120SEK ($82,603AUD), the festival was met with a number of complaints from people who claimed that catering to “women, non-binary and transgender only” was discriminatory.

Earlier this week, it was revealed that Sweden’s discrimination ombudsman (DO) agrees, finding the festival to be in breach of gender discrimination laws.

As The Guardian reports, Sweden’s DO found that even though the Statement festival didn’t enforce their “man-free” rule, the fact that they promoted the event in a way that “discouraged a certain group from attending the event” meant that they breached a gender discrimination law.

However, despite the fact that the Statement festival was found in breach of this law, they will not be penalised, namely due to the fact that no damages were suffered as a result of their breach.

Check out Statement festival’s response to the ruling:

“It is important to point out what an infringement is,” noted DO press officer Class Lundstedt. “These [infringements relate to] statements made before the festival, that they wrote on their website.”

“Clearly, we believe that sexual abuse, especially at festivals, is a serious problem. So we are looking forward to trying to correct this,” Lundstedt concluded. “However, it shouldn’t happen in a way that violates the law, which their statements in the media and their website [did].”

Responding to this ruling, organisers of Statement took to Facebook, dismissing the DO’s decision and vowing to continue what they’re doing.

“We think it is sad sad that what 5,000 women, non-binaries and transgender experienced as a life-changing festival made a few cis men lose it completely,” they wrote. “The success of the Statement festival shows that is exactly what we need and the DO’s verdict doesn’t change this fact.”

“Otherwise, we have no comments. We are busy changing the world.”

It remains to be seen whether Statement festival will return in 2019. 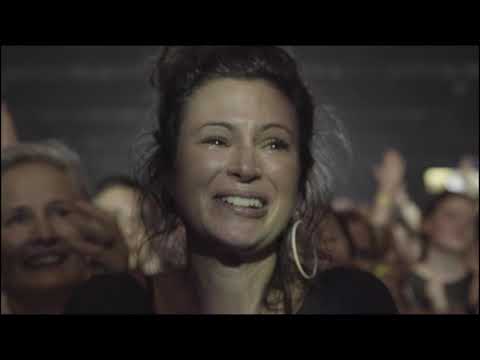