You Am I, Bernard Fanning, and more to play Kate Stewart benefit concert

Some Aussie music legends are set to come together this March for a benefit concert in aid of industry icon Kate Stewart.

Even if you only have a basic understanding of the Australian music industry, you’ve probably come across something touched by the presence of Kate Stewart, whether you knew it or not.

In addition to being an ex-manager of Sydney rockers You Am I during their early years, Kate Stewart was a dedicated member of the teams that bought you the Big Day Out and Splendour In The Grass festivals over the past two decades.

Sadly, on September 21st of 2018, Stewart suffered a stroke which left her with significant impairments
both physically and financially. Now, some of her friends, colleagues, family, and supporters are coming together to play a benefit concert in her honour this March.

Featuring You Am I, Powderfinger’s Bernard Fanning, Grinspoon’s Phil Jamieson, Something For Kate’s Paul Dempsey, Smudge, Crow’s Peter Fenton, Sally Seltmann, and more, the Concert For Kate aims to raise money for Kate and her family, ensuring that she receives the support that she needs during this difficult time.

“Before we had half a clue, our band approached Kate Stewart for some advice on how to get shows, how to make a record, how to be a group,” explained members of You Am I in a statement. “We asked her because she had a reputation for being a straight talker, no bluster, and someone who thrived on getting stuff done.”

“She was also a great late-night drinker, raconteur, confidante. To our enormous surprise she suggested management. Rapidly we got an education in ethics and morality in a community where the edges on such behaviour were often blurred.”

“She was our centre of moral authority. And our friend,” they continued. “When she gave us our ten bucks a day on tour for ‘sustenance’ it came with sage advice on how to stretch it. When that per diem bulged to twenty, the nights after a show just got longer.”

“As offers and shows came our way, and no doubt our sense of our worth bloated, Kate persistently reminded us in no uncertain terms that we were of no more worth than the gals and guys lugging gear, rolling leads, stamping the wrists, no matter how much bloody velvet we were wearing,” You Am I continued.

“We shared floors, vans, longnecks, fights and a thousand sweaty hugs. She was the first person to give us a chance, and the last person out of the venue for hundreds, maybe thousands of shows. Though we parted ways a while back we remain dear friends, as again, she has given us chances when we maybe didn’t deserve them.”

“Now she needs some help (she never asked for it. Never would.) So, we are putting on a show with some wags who also wanna give a little something back to the woman who gave us everything. More to be announced but dig in to this with us lot.”

“And to the folks who will suggest calling the night ‘Something For Kate’ well, yes, it is. But we believe there is a music group of the same nomenclature. And we don’t wanna ruffle their plumage.”

Concert For Kate is set to take place at Sydney’s Factory Theatre on March 14th, and will feature giveaways and a memorabilia auction as well.

If you can’t make your way to Sydney this March, you can always make a donation to The Kate Stewart Appeal via Support Act and their Support A Mate fundraising campaigns.

Check out You Am I’s ‘Berlin Chair’: 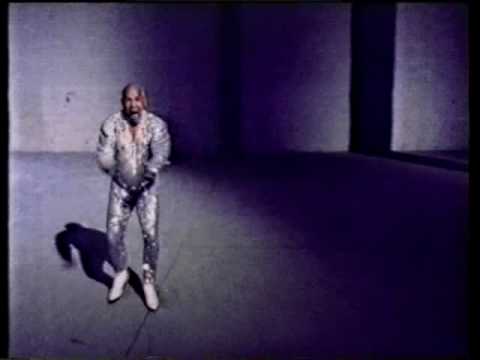 Plus more to be announced…