Andrew Burford, aka Sydney-based artist One Above, has actually accrued eight tracks in the Hottest 100 since 2011, including two tracks for Chance Waters, one for Illy, and another for Allday on his breakout hit ‘You Always Know The DJ’.

Burford has lost track of the number of Platinum and Gold accreditations he’s amassed over the years. He keeps some at his home studio in Sydney, but says many of them – like Hoods’ 4x Platinum ‘1955’ and ‘I Love It’ ft. Sia – just keep doubling and tripling to the point where he’s stopped having plaques made.

As you may have guessed, it was with Australian hip hop forefathers Hilltop Hoods that Burford really cut his teeth. Early in his career, Burford gravitated toward the rise of the genre, his heroes mirrored his own musical aspirations and when he set to work, his own vision for the work was running in parallel with theirs.

“I was such I big fan of [Hilltop Hoods] growing up and they were a very big influence on my musical direction,” says Burford in Sydney, still not quite used to stepping out from behind the scenes and bathing in the limelight. “When I first got the chance to work with them it was a dream come true moment; a bedroom producer getting a #1 selling artist with no exposure…”

Now, having worked across three #1 albums for the group, and even toured as their keyboardist during the Drinking From the Sun era, Burford has faithfully co-created the Hoods’ intricate storytelling for almost a decade now.

Andrew Burford’s songs are addictive. They’re ingrained in the fibre of the Australian music industry and serve as sign-post moments for some of the nation’s most beloved acts. But as Burford tells TIO, his process is different for every artist.

“I develop an instrumental to fit each artist style and character,” he says. “Or they hit me up and say, ‘I want something done that’s like this’, or ‘I’m inspired by these tracks’. I kind of take that and customise them for starting points for them to work on.

“[…] when I started working for [Hilltop Hoods] their sound very much aligned with my style and I just knew what kind of songs would fit them instrumentally,” he adds. It was easier to be in that zone for them.”

During what could arguably be called Burford’s ‘hip hop era’, his process involved a lot of back and forth with the artist and their various producers. When contributing to Allday’s ARIA #3-charting single ‘You Always Know The DJ’ for example, Burford sent multiple stems to Tom Gaynor and producer Cam Bluff.

“[Tom] asked me to shoot him instrumental ideas and I remember at the time Drake’s ‘Coming Home’ had just come out [and he said] ‘I love this, I’m so influenced by it’.

“[…] I just messed around a bit with some kind of piano chords and a basic theme to fit that moody, sort of dark, but also heavy, flavour. I sent him this idea and he really loved it.”

Following numerous tweaks, edits and additions, the radio-ready song that equally tipped its hat to Drizzy production and effortless pop was ready for Cam Bluff.

“[Allday] was working with Cam on his first solid album so I ended up sending all the stems to them cause he was piecing it together,” says Burford. “[…] Cam added some extra things like drums, some extra sounds, and sort of glued it together with the vision for the rest of the album, and that was that.”

Watch Allday’s clip for ‘You Always Know The DJ’ below: 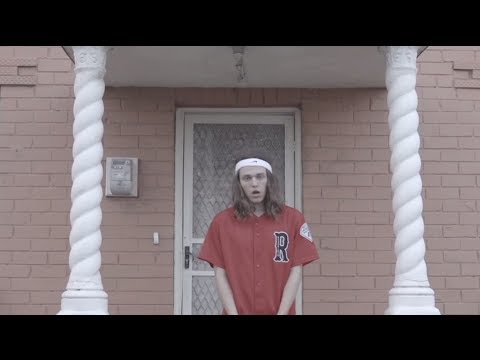 Burford doesn’t always collaborate in this way. In fact, his mother’s piano at his childhood home in Adelaide played a crucial role in the making of Hilltop Hoods’ ‘1955’. “Every time I’m in that particular room I just sit down and write a new song,” he laughs.

Though he’s largely stayed out of the spotlight over the years, hearing Burford describe his creative process and the unaccountable magic that can’t be put down to methodology, it’s clear he’s a star. Even global pop sensation – and one of Australia’s proudest exports – Sia thinks so. The fellow Adelaidian put her name and voice to Hilltop Hoods’ track ‘I Love It’, which Burford produced.

Naturally, the ARIA #6-charting single ‘I Love It’ kicked off another purple patch for Burford, who quit his part time job in finance shortly after the track came out. “It was the big break that I had been waiting for and it gave me the confidence to know that I could make music for a top tier artist,” he says.

Watch Hilltop Hoods’ video for ‘I Love It’ below: 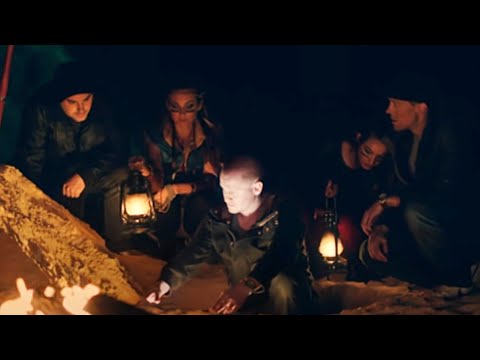 Swiftly following the deep investment into music, Burford was asked to tour with Hilltop Hoods.

“I was just having a coffee with [Hoods MC] Suffa one day after ‘I Love It’ came out and they were thinking of expanding the band and bringing a live element to the band,” he recalls. “Then I got a phone call saying, ‘Do you want to do this Big Day Out tour?’”

Burford toured Hilltop Hoods’ Drinking From the Sun record in 2012-2013 as their live-in keyboardist and co-songwriter, living out a teenage dream and operating in what, commercially speaking, could be called a golden goose incubator.

“That kind of got us in the touring life getting to know someone very quickly because you see the highs and lows,” he offers. “[…] It was all very natural because I would be touring with them and then I would go home and be making songs on their next album.”

Now, while Burford is currently working on the next Hilltop Hoods opus, with each new collaboration he’s distancing himself more and more from the hip hop realm. Signed to Universal Music Publishing Group and managed by Nate Flagrant via Flagrant Artists (M-Phazes, Ruel, Cam Bluff) and Daniel Anthony, Burford is making a name for himself in pop.

“I was so drenched in hip hop for years that my musical tastes had just developed and expanded the same way that pop has changed,” he says. “It developed to a more diverse and interesting point.”

“[…] Now I don’t really do a lot of hip hop,” Burford adds. “I’m working on a new Hilltop Hoods album at the moment, but now it’s just basically pop.”

Between writing for emerging acts like Kota Banks and seasoned mainstays like KLP, Burford is also writing for The Voice, collaborating with triple j, and undergoing a years-long development project for an artist he can’t name.

“I also do commercial work like writing jingles and backing tracks for radio,” he adds. “All of them push me into different directions and different hits – which is why I like having a balance between all the music work that I can do.”

Whether he’ll admit it or not, Burford has a gift. He takes the tumult of his artists’ noisy vision and turns it into songs that have the power to top charts, win awards, cement a concept and most importantly, marvel an audience.