The Australian Festival Association isn't happy with the NSW government's licensing regime. And it wants change. 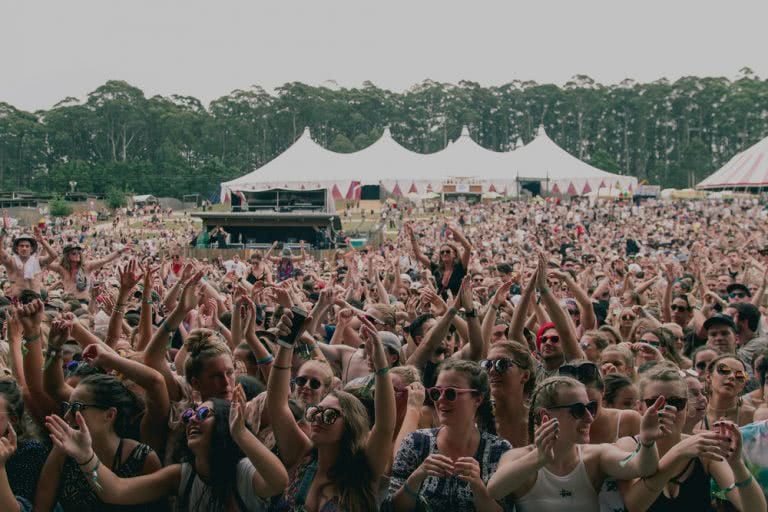 The recently-launched Australian Festivals Association has weighed in on the mess that is the NSW festivals licensing regime, which the peak body concedes was “too rushed and done without enough consultation.”

In a statement shared Tuesday morning, AFA offers a glimpse at the speedy process leading to the creation of tough new rules which have been blamed for the collapse of the Psyfari and Mountain Sounds festivals. The lobby body also calls on government to relax some of its onerous conditions which, as Bluesfest director Peter Noble warned earlier this week, places the state’s festivals in “peril.”

The timeline of events building up to the Festival License and Interim Health Guidelines is essentially a blur. Following two drug-related deaths at Defqon 1 last September, NSW Premier Gladys Berejiklian called for the event to be shut down, then backpedalled due to public pressure. A so-called “expert panel” was swiftly appointed to look into music festival safety, but was given only four weeks to come up with a report. The music festivals industry barely had a say, the statement explains. During that month, just two festival organisers were invited to give 5 minutes of feedback to the panel, at a single meeting.

The introduction of the new Festival License and Interim Health Guidelines has been “too rushed and without enough consultation or consideration given to the impacts on the industry as a whole or the operational capacity each government branch has to implement these changes,” writes AFA board member and Fuzzy Events Managing Director Adelle Robinson, on behalf of the AFA. “Most significant changes to an industry like this would require a Regulatory Impact Statement to assess the real economic impact on an important cultural sector.”

As previously reported, Bluesfest’s Noble says the cost of compliance to these new rules would run into the “hundreds of thousands of dollars” for his own event, a sum that would bury many festivals. “I am saying now,” he warns. “Bluesfest will leave NSW. We have no choice it’s a matter of survival.”

Berejiklian was unrepentant. “If organizers don’t want to obey the law, that’s a decision for them,” she told reporters on Monday. “It’s not really fair to use the government as an excuse. You can’t just make a quick dollar without thinking of the safety of young people.”

⛰ MOUNTAIN SOUNDS CANCELLED ⛰ Here’s what Premier Gladys Berejiklian had to say about organisers pulling the plug.

The AFA has asked government to reconsider, and proposed five points which would both “ensure the safety of people across NSW and provide certainty for the music festival industry.” Pill testing is among those proposed measures.

In its open letter, the AFA suggests the roll out of the Music Festival License as a trial, to ensure that the definition of a music festival can be applied evenly; to maintain the fees for the Music Festival License in line with current Special Event licenses; to roll out a comprehensive online portal which provides harm minimisation training for event staff, patrons and young people across NSW; open an offsite drug safety checking and education facility, to trial pill testing in a controlled environment; and ensure that emergency service costs borne by events are negotiated ahead of time.

The AFA will host an industry forum this Friday (Feb. 15) to mull over the licensing issues and to encourage members and the industry to provide feedback and submissions to Liquor and Gaming and the Premier’s Department. Email [email protected] for more.