Take a glance at the pointy end of the ARIA charts this week, and it’s a tale of two giants, representing different generations and styles. They’ve a whole lot more in common than you might realise.

Atop the albums chart, a glorious Hall of Famer in Cold Chisel, a band spoken of in hushed – or loud, shouty tones — who take a slice of chart history with their latest album, Blood Moon, their first No. 1 in more than two decades.

The other, Tones And I, a newcomer with the world at her feet and whose hit ‘Dance Monkey’ has led the charts in 20 countries, and clocked up as many weeks reigning over the Australian singles survey.

Speaking to TIO, Jimmy Barnes admits Tones and her global breakthrough is close to his heart.

“It’s outrageous,” he says of her border-crossing breakthrough. “Whether you like it or not, it’s incredible. For 20 countries to have a No. 1 (from Australia), its incredible. It shows you if you’re a rock band or a soul band, we have people who do great work in every style of music out there. It’s incredible that she’s done so well.”

Tones this week cracks the U.S. top 10 for the first time and clocks up 11 weeks at No. 1 in the U.K., an “unbelievable” and “fabulous” achievement, enthuses Barnes, one that sets-up the young Aussie artist with the record for longest No. 1 by a solo female artist. 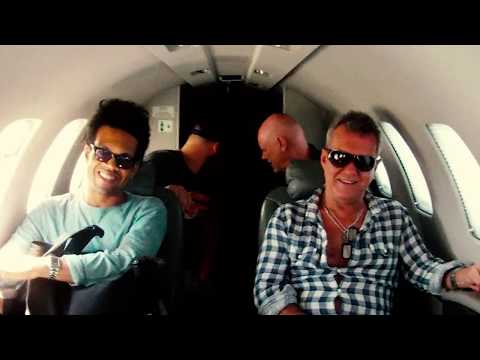 There’s not a hint of envy from Jimmy, whose band conquered Australia but didn’t quite smash and grab charts around the globe as many Aussies would have hoped. Of course, digital music services have made the world smaller in 2019, borderless. And the likes of Spotify and YouTube didn’t exist in Cold Chisel’s heyday. No biggie.

“I know, but it’s ok,” Barnes told TIO over the phone from his home in the NSW Southern Highlands. “A lot of the bands who have cracked overseas, they’ve done a lot of hard work over there. Cold Chisel didn’t do a lot of overseas touring, we were so caught up with touring Australia and writing about Australia we didn’t spend a lot of time touring over there.”

If you go where your fans are, the Working Class Man made a great career call. Earlier this year, Barnes’ confessional A Criminal Record, released through Bloodlines, became his 12th solo chart leader in Australia, placing him as the all-time leader ahead of U2 and Madonna with 11 No. 1s apiece.

Tallying up the five No. 1s he’s now snagged with Cold Chisel (including Circus Animals and Swingshift, released prior to the launch of the official ARIA charts), the total swells to a hefty 17.

Barnes, who was inducted into the ARIA Hall of Fame with Cold Chisel in 1993, and again in 2005 as a solo artist, has earned a holiday. And he’s taking a brief one, to enjoy Christmas with his family.

Then it’s back out on the road with Chisel for a national tour starting Dec. 31 at Fremantle Park. More than 175,000 tickets have been snapped up for the Blood Moon 2020 tour of Australia and New Zealand.

Barnes, Ian Moss, Don Walker and Co. have thrown their support behind Foodbank, the country’s largest food relief organisation by through fundraising collections at each show and by auctioning a signed tour banner on eBay.

Additionally, the first limited-edition round of 100 cassettes ordered on the band’s online store sees all proceeds assist Foodbank, which provides food for more than 800,000 Australians in-need each month.

Come month’s end, Chisel will be ready to rock. “The new songs sound particularly good live, so that’s really great. Cold Chisel has such a big catalogue, until you start playing them again you forget how good they are,” Barnes admits. “We’re really looking forward to playing live. We’ve done it for more than 40 years. We love it.”